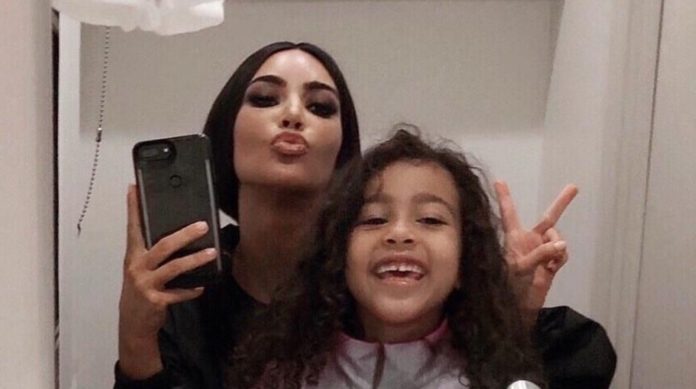 The Kardashians have struggled to give their children a great Christmas and their gifts have been too … eccentric. First it was Kylie with the diamond ring and the playhouse for Stormi, but Kim Kardashian gave North the best gift for any fan.

An autographed record, the complete collection of your favorite artist? No, Kim went big and gave her daughter a garment that Michael Jackson himself wore. OMAIGAD

Through her Instagram stories, the singer shared a video to show off the jacket she gave North for Christmas. The garment is a small black suede sack with golden ornaments that he used to attend large events.

Apparently, little North is a big fan of the singer and her parents wanted to give her the best collector’s item anyone could want.

However, some Internet users thought it was too much for a 6-year-old girl, who could have more fun with dolls or any toy for her age instead of a garment that belonged to the King of Pop.

But it seems that Kim wanted to be the best mom in the world for a Jackson fan, because he also revealed that North also received the white hat that the singer used in the “Smooth Criminal” video. WTF

So far, the socialite has not revealed how much it cost to get these garments. If this Christmas you were not as lucky as North, maybe next year you will receive some socks, they will not belong to a famous person, but they will keep your feet warm.

KUN DE WAYV CELEBRATES HIS BIRTHDAY WITH THE LOVE OF HIS...