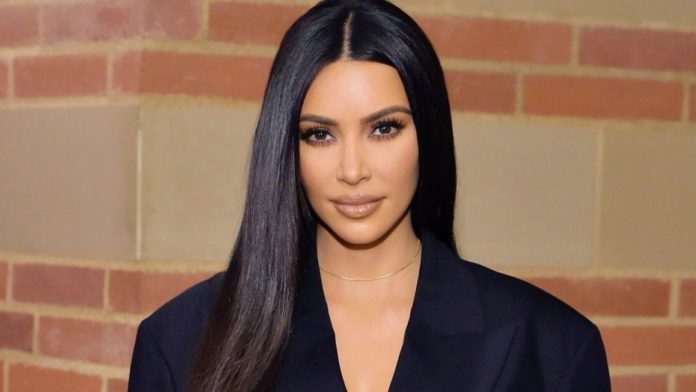 Kim Kardashian says Taylor Swift continues to lie about Kanye West. Between dimes and diretes, the two sides of this dispute have been divided and the result has been to throw ‘shade’ at the marriage.

Last weekend the full call between Kanye West and Taylor Swift was revealed , where the rapper proposed to him to post his next release on the social network of the singer of ‘Red’, but also asked for permission to appear on the lyrics of their track ‘ Famous ‘.

In this conversation, he refutes what, in his time, Kim Kardashian published on his Snapchat, where he showed as evidence that Taylor Swift had given consent for Kanye West to use his name and a phrase where he insinuated that he was the one who led the fame of the singer.

#KanyeWestIsOverParty, along with # KimKardashianIsOverParty quickly became a trend, neither party had spoken, but the socialite took social media and made several issues clear.

Kim updated her Instagram stories and touched on her husband Kanye’s issue with Taylor , the businesswoman said there were a lot of people suffering right now and that it was kind of silly to tackle.

“She keeps talking about it, I don’t feel like I have a choice about the answer I’ll give, but she keeps lying. To be honest, the only problem I have with this is that Taylor lied through his publicist saying that Kanye had never telephoned him for authorization.She manipulated the truth about the current video.” She also defended herself, saying that she did not edit the clips that she uploaded to Snapchat , Kim stated, that although the entire conversation was leaked, that does not change things or facts, that she would not speak about this controversy again, since all the world is dealing with ‘more and more important topics’.

Although her posts have been filled with rat emojis, and the hashtag #TaylorSwiftToldTheTruth , Kim has kept posting photos, where she lives with her children and shows what she does during quarantine.

All this narrative, was born the night in which Taylor Swift won the award for ‘Best Female Music Video’, in the VMAs of 2019 , in the short list there was also Beyonce with ‘Single Ladies’, ‘You Belong with Me’ was the which was consecrated, which upset West, who was in the audience, while Taylor was giving his words of thanks, the rapper took the stage and said ‘I’m happy for you, I’ll let you finish, but Beyonce has the best video of the history’.

Later on on a television show, Kanye apologized for what he did and contacted Taylor to be honest about his behavior that night, in 2016 Kanye was about to release his album ‘The Life of Pablo’ in where the discord song, ‘ Famous ‘ appears.

How much money Miguel Herrán made in his career