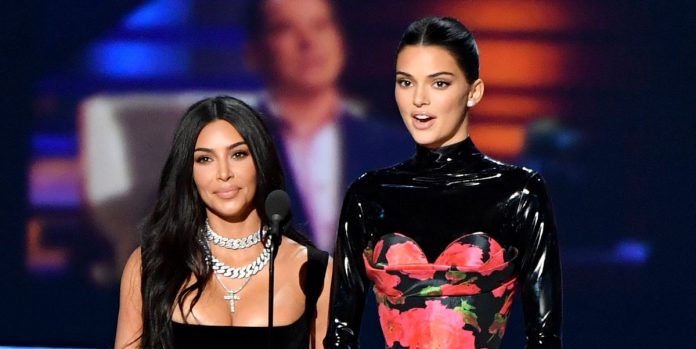 Kim Kardashian’s sisters face off against truth or dare gone wrong, and Kendall Jenner has to lie to her whole family.

Kim Kardashian’s sisters made a video together on Youtube. And for the occasion, Kendall Jenner made a joke to her relatives.

Kendall Jenner Dares To Lie To Her Family

In collaboration with the Poosh brand, Kendall Jenner and her sister did a “truth or dare”. The model then chose “action” and Kourtney Kardashian read her challenge.

Travis Barker’s girlfriend then asked her sister to make the whole family believe she was engaged! “ Oh my God,” she said to the camera.

But without delay, Kim Kardashian’s sister then borrowed the ring from someone in the production. And used it to make a nice photo of her hand with the jewelry.

The pretty brunette then announced the news to all her relatives! “But it’s believable so I’ll do it. » She announced, sure of herself. Indeed, Kendall Jenner is in a relationship with professional basketball player Devin Booker. But they have not yet taken the plunge.

Kourtney Kardashian watches her sister throw the bombshell via message in the family chat. “It’s amazing, you know Khloé is going to write a novel. ” She said, laughing.

Kylie Jenner is the first to call Kendall Jenner and say, “You’re lying! “. But no time to answer her, Kim Kardashian calls in turn!

Kim Kardashian In Shock At Her Sister’s Revelation

But the pretty brunette reassures her sisters, it’s a joke. But Khloé Kardashian did not digest this joke well. ” It’s so stupid, why would you do this to us?” She swings.

To which Kourtney Kardashian replies: “At least we know you’ll be excited when the day comes.” In the rest of the video, Kim Kardashian’s sisters have everyone’s heads spinning. But above all from their mother.

Indeed, Kendall Jenner must have made Kris Jenner believe that she was pregnant! She, therefore, announces to her that she has not had her period for 1 week and that she has passed 2 tests which turn out to be positive.

Kris Jenner then answers by phone: “It’s so weird that you tell me that because I dreamed about it last night “. Before continuing: “I think this is great news, but I’m your mother. ”

But seeing that her mother takes this to heart, Kendall Jenner explains that she is joking. “ Mom, I’m kidding. I’m with Kourtney ” answers the model. As her mother sighs and says, “Oh my God, I’m going to put the champagne back in the ice.” ”

One thing is certain, Kim Kardashian’s sisters caused a sensation that day. And even if Kendall Jenner has the perfect love with her boyfriend, she prefers to take it slow.