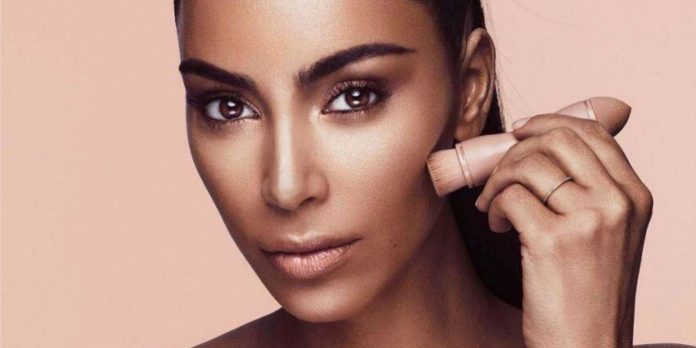 There were rumors on the Internet that the stars of The Kardashians have an unusual business venture, and Kim Kardashian finally reacted. From the very beginning of their career, the Kar-Jenners have been trying to prove that they are more than ordinary reality TV stars. Business tycoons have launched several brands in fashion, beauty and even the alcohol industry. Kim is the founder of KKW Beauty, SKIMS and KKW Fragrances, while Kourtney Kardashian runs the wellness brand Poosh, Khloe Kardashian runs Good American, Kylie Jenner created Kylie Cosmetics, and Kendall Jenner went in a different direction with 818 Tequila. Momager Kris Jenner deals with all of her daughters’ brands.

Most recently, Kim announced her new brand SKKN, which has already attracted her attention. Kim is involved in an ongoing trademark fight over her brand name, and has been accused of stealing the name from Lori Harvey’s brand, SKN. However, according to rumors, the stars of The Kardashians will soon have an “unusual” business project. The popular social network account deuxmoi, dedicated to celebrity gossip, shared the advice that the family has more business plans, but this time the fans will never suspect it. While some pop culture fans swear that deuxmoi is their bible, these predictions are often wrong.

Fans were eagerly awaiting the announcement from The Kardashians stars after the rumor leaked to the account, but Kim finally reacted, probably not in the way fans had hoped. Twitter user @felipemnzp posted a screenshot of deuxmoi’s post and wrote: “Answer with the best guess.” Kim did as the user asked and answered: “I have no idea, lol.” Fans weren’t sure if this meant the rumors were wrong, or if Kim was just teasing her fans by pretending to be stupid, knowing she would have an announcement soon.

Celebrities often hint at upcoming projects before they are released. Superstar Taylor Swift has become a master at hiding “Easter eggs” everywhere and waiting for her fans to guess what she’s planning. One fan responded to Kim’s tweet: “Kim K. dispels rumors. Queen tingz”, and another wondered: “Is this a hint?” At the moment it is unclear whether Kim denied the rumors or hinted that Kar-Jenners is waiting for something big.

The famous family has done everything from reality TV shows to tequila brands, so it’s hard to imagine what could be considered unexpected or “unusual.” Kim was also a member of Dancing with the Stars during season 7 and tried her hand at acting several times, for the first time in 2008, when she appeared as Lisa in the movie “Disaster Movie”. Obviously, there is nothing forbidden for the Kardashian stars, so if the rumors are true, there is an endless list of possibilities. However, at the moment, fans will just have to take Kim’s word for it and assume that the messages are false.

Lord of the Rings: Mobile Game arrives in September