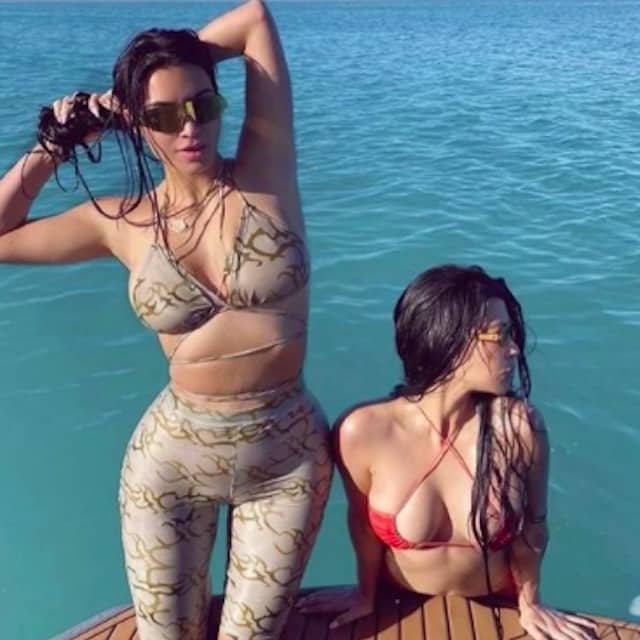 What about Kim Kardashian’s romantic situation? Is she already ready to find love again after her divorce?

Kim Kardashian seems to be doing a lot better since she no longer lives with Kanye West. But is she already ready to find love again?

Kim Kardashian and Kanye West couldn’t stand each other so much that they decided to leave each other. According to a close source: “Kim and Kanye West are fed up and not talking to each other at all. And she on her side is trying to stay strong and move on ”.

“Kanye West has had enough of marriage. He’s also completely done with that, and moves on. He doesn’t care about her wife’s priorities. And so he will file her divorce petition before her if he has to. And he wants a divorce just as much as Kim does. ”

In fact, he’s tired of being around the Kardashians for a long time. Especially her mother whose shadow hangs over all the big decisions she [Kim, editor’s note] makes. And Kim is trying to stay strong and move on with her life. ”

To this day, the rapper lives far from the family home. He resides at her ranch in Cody, Wyoming. And one thing is certain, it amply delights Kim Kardashian.

She is now going out without her wedding ring, and she is living her life as she sees fit. According to our colleagues at Life & Style, the reality TV starlet “no longer hides at home crying over the end of her marriage”

“KIM KARDASHIAN IS FREE, AND READY TO MAKE HIS LIFE AGAIN”

Moreover ! Kim Kardashian would even be ready to find love again! So a new source said, “Kim is now free, single and ready to start a new life. In addition, the two had lived separate lives for years. So Kim finally moves on ”.

The mother of North, Saint, Chicago and Psalm is eager to fall in love again. This same source then continues: “She keeps her doors open when it comes to meetings. There are even rumors that she is dating an NFL star ”.

And obviously, that does not please the artist who would be jealous: “Kanye West takes things less well. He’s pissed off, and can’t stand Kim talking to other guys already. ”

But beware, this is all unofficial. This is just a rumor. Some people say he is unhappy, while others say he’s living her best life away from her ex.

As for Kim Kardashian, she has yet to meet the gem. So she spent Valentine’s Day with her family and children. She also takes the time to rebuild herself, while focusing on the apple of her eye: her children.