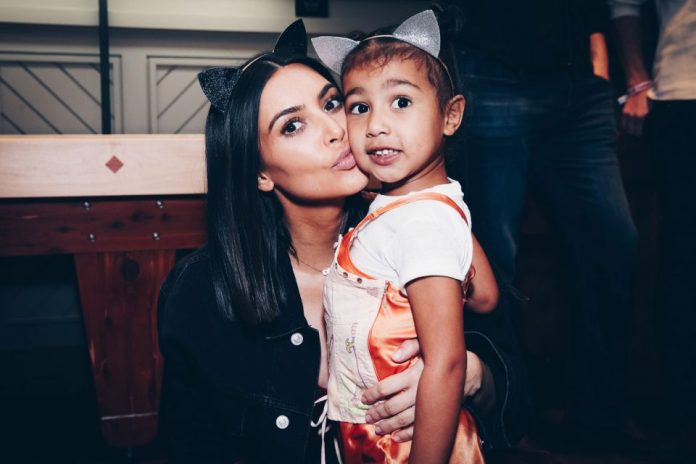 Kim Kardashian proudly shows off her daughter North West’s “tattoos“. Through Instagram, the socialite documents some of the most tender and fun moments that she lives with her little Saint, Chicago, Psalm, and North West.

A few years ago, Kim Kardashian was crowned “the queen of selfies” and although her Instagram is still characterized by the daring photos she publishes, since she became a mother, her children are a fundamental part of her publications.

Through her official Instagram account, the socialite documents some of the most tender and fun moments she lives with her little Saint, Chicago, Psalm, and North West.

As the latter is her eldest daughter, there are more and more activities that they can carry out together, and as she herself has repeatedly shown when the little girl knows what she wants there is no way to convince her otherwise.

Proof of this was the last publication of Kim Kardashian, where with her already characteristic selfie, she showed her followers the new “tattoos” that North wears on her face. Although, it is not what you think, because it is only about stickers that the little girl used to “complete her look.”

As expected, the divided responses and opinions on the matter were immediate. While some did nothing but “tear up” Kim in the comments section, others applauded her for allowing North to be herself and express herself through art.

“The most beautiful”, “There is no doubt that she is Kanye’s daughter, I love the attitude”, “yaaaas so good that you let her be”, “The coolest mom in the world”, “She is incredible, I love the look”, are some of the opinions that are read under the publication of Kim Kardashian.

Kim Kardashian and Kanye West tied the knot in May 2014 in a lavish wedding that took place in Italy, just a year after welcoming their first daughter, North West. Sometime later, Saint, Chicago, and, finally, Psalm, came into their lives, the last member of the family who was born in 2019.