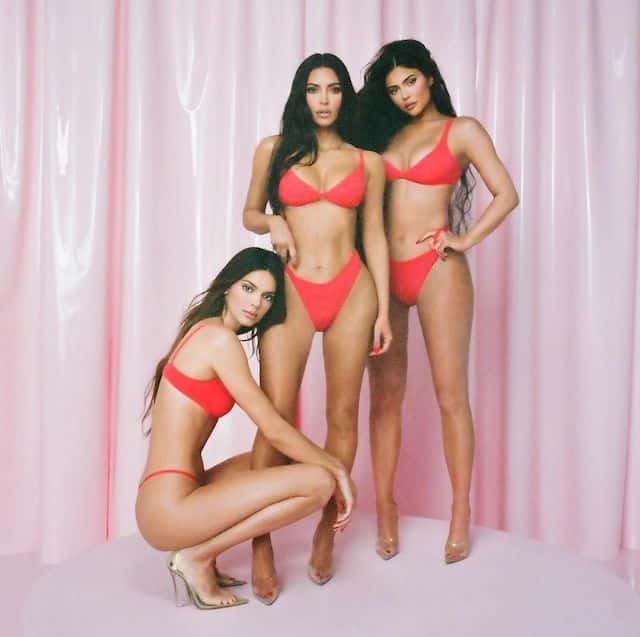 Kim Kardashian and Kendall Jenner have warmed the canvas for Valentine’s Day! The duo showed off in SKIMS fine lingerie. And it’s hot!

Kim Kardashian and Kendall Jenner fans are in heaven! And for good reason: the two bombs have decided to organize a steamy shoot for Valentine’s Day. And the result left no one indifferent. We show you!

As Valentine’s Day approaches, people redouble their imagination to seduce Internet users. Indeed, many stars do not hesitate to share very naughty photos to prepare for the big day!

This is the case of Kim Kardashian who rocked the web with her last shoot! The sulphurous brunette has unveiled the promo for her new Skims collection. And the least we can say is that she saw it big!

The ex of Kanye West has imagined an ultra sensual staging to present her models. But that’s not all ! She also invited Kendall Jenner and Kylie to play models with her. We love !

Kim Kardashian has therefore made many hot photos with her two sisters. The latter flaunt themselves in fine lingerie and reveal their dream bodies. Enough to drive Internet users crazy!

KIM KARDASHIAN AND HER SISTERS GET UNDRESSED FOR VALENTINE’S DAY!

The trio appear in a flashy red SKIMS outfit specially designed for Valentine’s Day. They pose side by side and stare at the lens with a fiery gaze.

Kim Kardashian is standing with Kylie Jenner. The two brunettes flaunt their ultra sensual curves. Flat stomach, XXL chest, plump buttocks… the bombs have everything to capsize their fans!

Kendall Jenner is crouching on Kim Kardashian’s knees. Unlike her sisters, the top has endless long legs which she is therefore careful to show in the foreground.

This cliché quickly became a bomb on the Internet. Indeed, no one expected to see the famous trio reunite for a SKIMS campaign.

Kim Kardashian has therefore collected over 300,000 million likes in just a few hours. But that’s not all ! The It girl has also received thousands of compliments.

“You are cannons! “,” The shocking trio “,” What a beauty! “” It’s in the family to be hot! I’m a fan ”,“ Wow, always beautiful girls ”can we read among the reactions. Something to please the 3 sisters!

So it’s still clear for Kim Kardashian! The star managed to make the buzz with this scorching photo. She thus gained a lot of visibility for her new collection! It just goes to show that the fahsionista did well to invite her two sisters to the shoot!

The young mother proves to us that she is the queen of marketing on Instagram. And its Skims collection may still be a great success, even after Valentine’s Day!

Kate Middleton and Prince William: Return to their official trip to...

Fortnite: Ninja has a rant against the famous game!