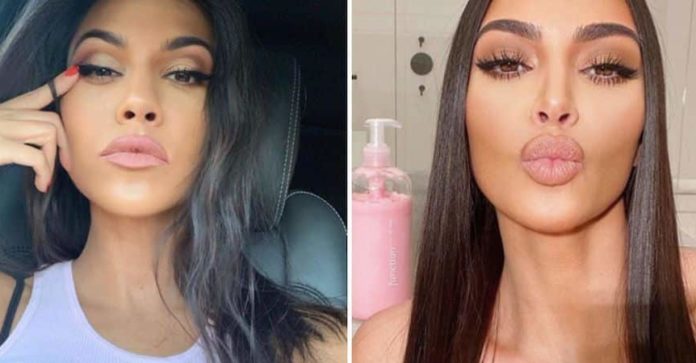 On their Instagram account, Kim Kardashian and her sister Kourtney Kardashian decided to pay tribute to their deceased father with a beautiful message!

On September 30, 2003, the Kardashian sisters lost their father. Robert Kardashian died of cancer of the esophagus . Kim Kardashian and Kourtney paid tribute to him on the occasion of his birthday on February 22.

With her black and white photo, the mother of four appears with her father. With her best smile, she also seems happier than ever with her dad. The two also seemed very close to each other . In caption of her Instagram photo, Kim Kardashian also wrote : “Happy Birthday dad! Miss you beyond understanding. Wish you were here to see it all! ” .

To translate by “Happy birthday Papa! I miss you beyond understanding. I would also like you to be here to see everything ! “. With her shot, Kim Kardashian has also collected more than 1.7 million “likes” in just a few hours from her fans. In the comments, they also brought some comfort to the young woman.

Happy Birthday dad! Miss you beyond understanding. Wish you were here to see it all! ✨

Happy Birthday to my Daddy.

KIM KARDASHIAN AND KOURTNEY REVEAL OLD PHOTOS WITH DAD
For her part, Kourtney also posted two new photos on her Instagram account. She released two photos from her childhood where she posed with Kim Kardashian. The two young women are very close to their dad. In his arms, they also kiss him tenderly . A really adorable photo that did not fail to cause a sensation on the Web. It must be said that a lot of love also emerges from this shot.

In the comments, Khloe Kardashian also commented on the photo of her sister. Indeed, she put several hearts. Sarah Howard, a friend of the beautiful brunette also confided that she had had the “best dad”. Many messages that will not fail to comfort the candidate for reality TV.

A Retail Gaming Site Announces Price and Year of GTA 6

Hannah Palmer recently fascinated us with her incredible pose