Home Celebrity Kim Kardashian and Khloé in competition? She is also launching a range... 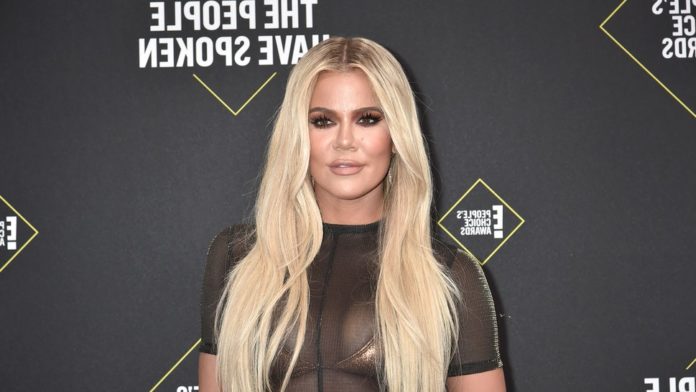 Kim Kardashian is a formidable businesswoman. But his sister Khloé is too. True’s mom has unveiled her new range of pajamas.

Kim Kardashian is a versatile woman. Influencer, model and businesswoman, she masters her empire. His sister Khloé is not to be outdone! The young woman has just launched her new collection of pajamas!

In just a few years, Kim Kardashian has become the quintessential “it girl”! The young woman has made herself known to the general public through the reality TV show “Keeping Up With The Kardashians”. On the screen, the pretty brunette unfreezes her daily life without filter. Viewers were able to attend live weddings or even cosmetic surgery!

In town, Kim Kardashian is also the wife of rapper Kanye West. The couple are also the happy parents of 4 toddlers. North, Saint, Chicago and the little Psalm. On December 5, the businesswoman also celebrated her little Saint’s 4 years. And Kris Jenner’s daughter has put the little dishes in the big ones for the festivities! Indeed, his son celebrated his birthday under the theme of dinosaurs! And to see the photos of his mother, Saint had a good time!

LIKE KIM KARDASHIAN, KHLOÉ UNVEILS A NEW COLLECTION OF PAJAMAS!
Over the years, Kim Kardashian has become a real businesswoman! It must be said that his mother Kris Jenner watches over the grain. The famous momager has always kept an eye on her daughters’ business! And with each signed contract, Kris always has a say. A few days ago, Kanye West’s wife then unveiled her new collection of pajamas! His models have also been very successful on the Internet.

In any case, Khloé seems to have been inspired by Kim Kardashian. Indeed, True’s mom has also unveiled her collection of pajamas from her Good American brand. In an Instagram post, the pretty blonde poses with one of her models. Dressed in a beautiful red and silk ensemble, Kris Jenner’s daughter is stunning. In the comments, fans of the beautiful Khloé also seem to want to get one of the models in the range!