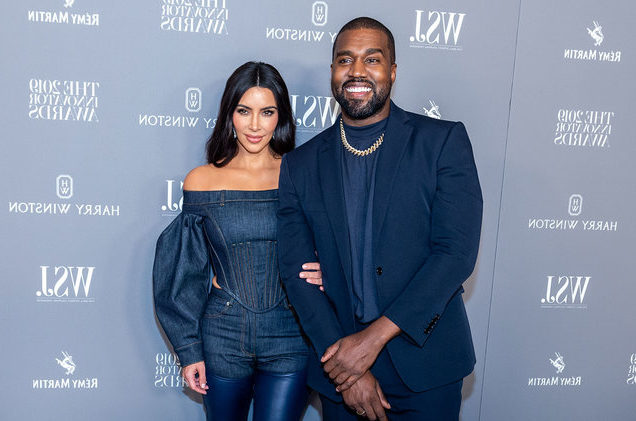 Kanye West and Kim Kardashian have been married for almost six years. However, the couple is going through a crisis and they see a sex therapist!

Kim Kardashian and Kanye West haven’t been on good terms lately. Besides, the couple is trying to save their marriage and they have called a sexologist!

It’s been almost six years since Kim Kardashian said “yes” to Kanye West. These have formed a large family and they always appear very glamorous at social evenings. However, it has already been several months that nothing has worked out between the two stars . They have their ups and downs and they have trouble communicating. Thus, they are ready to do anything to save their marriage and they have called on a sexologist!

Kanye West had to fight depression and the singer is not always on top form. Nevertheless, Kim Kardashian is always present for him and she supports him as much as she can. However, the starlet has a busy schedule with her brands, her studies and her work as a mom. Thus, the couple would have lost intimacy and they have been putting everything flat for several weeks thanks to a therapist. “They already tried this method several years ago. It had saved their marriage. They hope to repeat the feat. ” Said a source to Radar Online.

KIM KARDASHIAN CAN NO LONGER COMMUNICATE WITH HER HUSBAND
Thus, Kim Kardashian and Kanye West try to save their couple and return as accomplices as before. Thanks to the sexologist, they can talk about everything and they feel confident. As a result, they hope to succeed in saving their marriage and finding a solution. “They talk about their frustrations with a counselor who gives them tips on how to open up to each other and communicate better . ” said the same source.

Nevertheless, the task looks complicated for the parents of North, Saint, Chicago and Psalm. In addition to having communication problems, they would find it difficult to take time for themselves. So it would have a big impact on their sex life. Kim Kardashian and Kanye West have a lot to change in their daily lives if they want to give their marriage a second chance. “The counselor makes suggestions to them to restart their sex life,” said the same source. In any case, if there is really a problem in their relationship, it is not seen. Indeed, the two stars are always very close in front of the cameras…

Meghan Markle determined to embark on a political career?