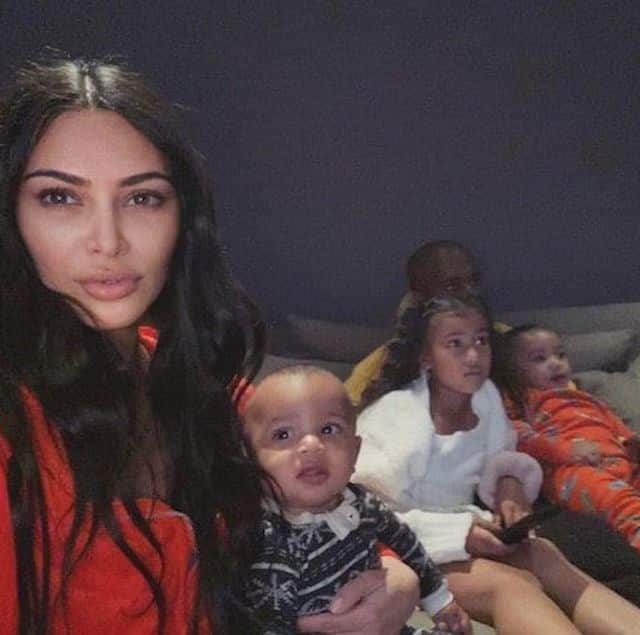 Kim Kardashian and Kanye West divorce. Because of his bipolar disorder, is the rapper a danger to their children?

As Kim Kardashian and Kanye West divorce, one of the two parents will obtain custody of their four children. With his bipolar disorder, is the artist a danger?

It’s official ! Kim Kardashian and Kanye West divorce. Rumors had been circulating on the web for several months. They have finally come true!

The Keeping Up With The Kardashians star ended six years of marriage. So internet users are wondering. What will become of North (7 years), Saint (5 years), Chicago (3 years) and Psalm (1 year), their children?

Indeed, some wonder which of the two parents will obtain custody. It must be said that the American rapper is not in the best position to keep them.

And for good reason, the latter is a victim of bipolar disorder, to say the least worrying. So much so that some wonder if they represent a danger to the small tribe.

So, will Kim Kardashian feel like leaving her little ones alone with their dad? As for their co-parenting, what does the contract provide? The questions are multiplying!

So, according to our colleagues at TMZ, Kylie and Kendall Jenner’s sister would have applied for joint custody. Besides, she wouldn’t be worried about the safety of her little ones. A source even revealed that she would “trust him completely”.

Regardless, the singer of the song I Love It is rarely alone with his children. And for good reason, they are always accompanied by their nanny.

Kim Kardashian- Kanye West a danger to their 4 children

KIM KARDASHIAN IS NOT AFRAID

So, you have to believe that Kim Kardashian isn’t worried about her little bits at all. Even if she divorces the rapper, she wants to keep a good relationship with the father of her children.

However, what if Kanye West refuses to take his treatment for his bipolar disorder? No panic though! People will always be present to check.

So the 43-year-old rapper will never be alone with his children when he experiences psychotic attacks. Thus, Kim Kardashian would be more than serene.

One thing is certain is that Kanye West would have a hard time handling the situation. In short, the artist would be “really anxious and sad” because of her divorce.

“He knows his marriage is over and there is nothing he can do about it. He knows what he loses by separating from Kim, “the insider added. The it-girl must indeed recover their house worth 6 million dollars.

Nabilla pissed off at plane passengers angry with Milann!