Home Entertainment Kim Kardashian is crazy about her son Psalm! 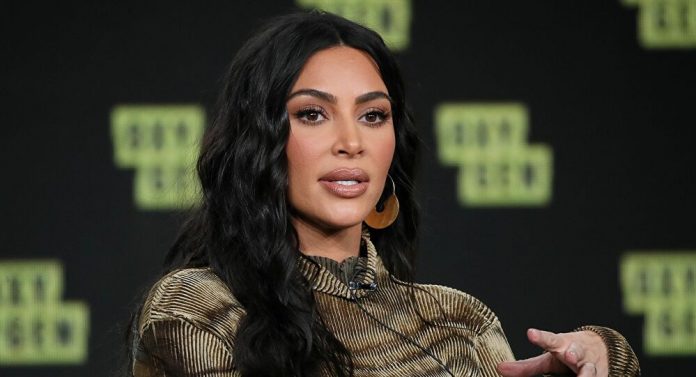 Kim Kardashian shared an adorable photo of Psalm on Instagram. And Internet users could not resist the charm of the little boy!

Kim Kardashian has cracked her fans again! Indeed, the star has released a tender declaration of love for her son Psalm. We let you discover his lovely message in the rest of the article!

Kim Kardashian is a real mother hen! Indeed, the star is very close to her children and spends most of the time with them!

The pretty brunette is not afraid to show off her family life on the web. On the contrary, she bombards social networks with pictures of her little tribe.

Internet users have become addicted to the adventures of the little family. And more and more of them are following Kim Kardashian to hear from her children!

The ex of Kanye West then improvises a superb shoot with his little ones. But that’s not all ! She also uses Instagram to give them cute declarations of love in public!

Yesterday, the it-girl decided to pay tribute to Psalm, her youngest! The two-year-old is growing at breakneck speed. And his mother is therefore very proud of him!

Kim Kardashian posted a new photo of Psalm on her profile. We can then admire the little boy posing for his mother. Adorable!

KIM KARDASHIAN VERY PROUD OF HER LITTLE PSALM ON INSTAGRAM!

The little boy fixes the lens and poses like a real star! He strikes a pose and gives a keen eye. Adorable!

Kim Kardashian couldn’t resist watching this scene! The star was quick to immortalize the moment to share it with her fans.

The bomb has therefore published this sublime shot to pay tribute to Psalm. She accompanies the shot with a pretty declaration of love!

Kanye West’s ex writes: “The cutest little boy! You can’t see it in this photo, but he has the most beautiful smile! I love you my baby Psalm! “.

No doubt, the star is still gaga over her little boy. And Internet users too! The latter are more than 1.9 million to like the tender shot of the little boy. Unbelievable !

But that’s not all ! Kim Kardashian and her son were also entitled to thousands of compliments. “He is adorable”, “He is growing up so fast”, “You are a golden mother”, “He can only smile with a mother like you” can we read among the reactions!

So it’s still faultless for Kim and her little Psalm! Indeed, the star has managed to melt Internet users with his pretty statement.

At just 2 years old, Psalm is already considered a real little star on the Web. The little one has not finished wreaking havoc while growing up! And the latter may even steal the show from his mother over time!