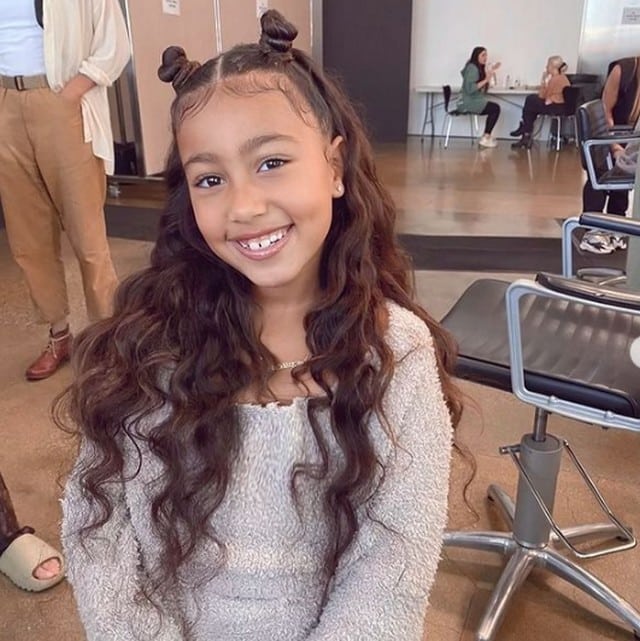 On Instagram, Kim Kardashian shared some cute photos of her daughter North. And her fans all pointed out that she looked like him!

This Thursday, February 18, Kim Kardashian cracked the web by unveiling new pictures of her daughter North. In the comments thread of her post, her followers all claimed that mother and daughter were like two drops of water.

On a daily basis, Kim Kardashian is very active on her social networks. To date, the star is one of the most popular influencers on Instagram.

Over the years, the pretty brunette has understood that her image was selling. Powered by “Keeping Up With The Kardashians,” she subsequently used her notoriety to launch multiple brands.

Like “SKIMS”, but also “KKW Beauty”. In town, Kourtney’s sister is also the happy mother of 4 children: North, Saint, Chicago and Psalm.

Although she is very busy with her business, her small tribe comes first. Last I heard, Kim Kardashian would experience some turbulence within her relationship with Kanye West.

The rapper’s sanity would have got the better of their marriage. “He knows she can’t take it anymore. She’s had enough and she wants space. He is fine. He is sad, but it’s okay “, assured a source close to the couple for” TMZ “.

Despite the turmoil, Kim Kardashian continues to immortalize her entire daily life on the Internet. And yesterday, she even unveiled a series of photos of her daughter North!

Kim Kardashian: her daughter North West looks more and more like her!

As you can see, Kim Kardashian’s eldest daughter was very smiling on camera! Obviously, Mason’s cousin was able to be pampered by all the makeup artists and hairdressers of his famous mother.

Was the girl getting ready for a shoot? It’s very likely!

“My sublime sweet and intelligent little girl. I love playing dress up with you, ”Kim Kardashian captioned the story. In just a few minutes, her photo has garnered thousands of likes and compliments.

For the star’s subscribers, North is the carbon copy of their idol. “OMG! She is so beautiful ! She has the same face as you when you were little, ”we can read under the publication.

But also: “We know who she takes. Too cute “. Others, on the contrary, pointed out that Saint’s older sister looked much more like her father, Kanye West.

No matter what, there is definitely a family resemblance! On the Web, Kim Kardashian and her eldest daughter often crack Internet users with their photos and videos.

Very close together, mother and daughter love doing countless activities together. And their complicity is a pleasure to see. So cute!

From the top of her 7 years, the girl already looks like a future star. It promises !