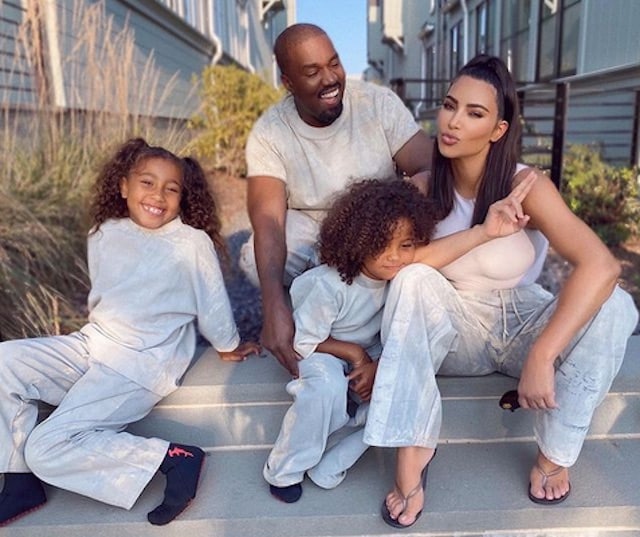 Kim Kardashian and Kanye West want to end their marriage. However, the starlet could still hesitate a bit. Kim Kardashian has tried everything to save her marriage to Kanye West. The reality TV star may still have doubts and has not filed the divorce papers.

Could Kim Kardashian hesitate? The reality TV star married Kanye West in 2014. The two celebrities have always wanted a big family and had 7-year-old North. Subsequently, they welcomed Saint and ended up using a surrogate mother.

So three years ago little Chicago stuck up her nose and was followed by Psalm. Kim K. seemed very happy to have such a beautiful family with the rapper and shared many photos with her children. However, things have changed and nothing is going between the two stars.

A few months ago, Kanye West spoke about very intimate topics about Kim Kardashian and disrespected him. Thus, the starlet experienced this as a real betrayal and wished to distance himself. After having faced her many crises, Khloé’s sister cannot stand her husband anymore.

A few days ago, the starlet called on a lawyer specializing in star divorces. For his part, Kanye West is also armed with a lawyer. Still, it could be that North’s mom still has some doubts and doesn’t feel quite ready to break up yet.

KIM KARDASHIAN READY TO GIVE HER HUSBAND A CHANCE?

Kim Kardashian is very discreet about her breakup with Kanye West. And for good reason, she intends to unpack all her relationship problems in an episode of Keeping Up With the Kardashians. A strategy that does not please her husband. Nonetheless, it seems that she decided to publicize their divorce.

In any case, the starlet doesn’t seem in such a rush to divorce Kanye West. And for good reason, according to Hollywood Life, she has not yet filled out the divorce papers and is taking all her time. “She loves Kanye a lot and she doesn’t want to tip the boat. So there she waits, ”a source said.

Kim Kardashian has yet appealed to his lawyer. However, she does not want to rush things and could give Kanye West another chance. “She wants to have a family. She wants it to work between them, ”said the same source for the media.

Thus, the starlet seems to question his recent decisions. However, that doesn’t mean she’s going to get back in a relationship with Kanye West. It has been many months since they were together, and the rapper spends a lot of time on his ranch in Wyoming.