Home Celebrity Kim Kardashian has to pay out more than a million after being... 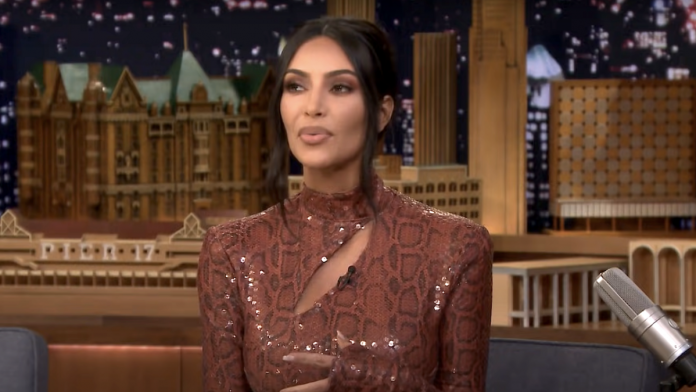 The reality TV star has reached an agreement with the SEC.

Kim Kardashian may be a reality TV star, in addition to being a billionaire, the founder of beauty and clothing brands, but she, like many other celebrities, also earns a lot of money just by being an influential person. She has 331 million followers on Instagram alone, and she has a lot of power over fans who are willing to accept her suggestions on how to spend their money. However, one of her partnerships caused her some problems with the federal government, as a result of which the Kardashian star laid out compensation in the amount of $ 1.26 million.

On October 3, the Securities and Exchange Commission charged Kim Kardashian after she failed to disclose a payment she received for an Instagram post from June 2021 advertising EthereumMax, a crypto asset security company, TVLine reports. According to the SEC:

”[The order] shows that Kardashian did not report that she was paid $250,000 for posting on her Instagram account a message about EMAX tokens, the security of crypto assets offered by EthereumMax. Kardashian’s post contained a link to the EthereumMax website, where potential investors received instructions on how to purchase EMAX tokens.”

According to the SEC, although the post did contain the hashtag “#ad,” her refusal to disclose the $250,000 payment violated federal securities laws. Along with the fine, which includes the money she earned from the promotion, as well as a $1 million fine, the reality TV star has agreed to cooperate with the SEC investigation and will not promote any crypto asset securities for three years.

Kim Kardashian has made no attempt to either admit her guilt or deny any guilt regarding the findings of the Securities and Exchange Commission. In a statement released by her lawyer, the SKIMS owner said she wants to put the situation behind her. The lawyer said (via CNBC):

”Kardashian has fully cooperated with the SEC from the beginning, and she remains willing to do whatever she can to help the SEC in this matter. She wanted to put this matter behind her to avoid a protracted argument. The agreement she entered into with the SEC allows her to do this so that she can move forward in her many business lines.”

The famous family may be able to earn good money for themselves and the companies they work with, but having such a large audience in the media also means that the Kardashian-Jenners are subjected to a lot of criticism for their life choices. Kylie Jenner, for example, found herself in the spotlight this year after bragging about her and boyfriend Travis Scott’s private jets when critics pointed out that their short flights are harmful to the environment. Meanwhile, Kim and Kourtney Kardashian were among the celebrities who exceeded their water budget by hundreds of thousands of gallons this summer due to an extreme drought.

With this settlement, at least this is one situation Kim Kardashian can leave behind. You can keep up to date with everything that’s going on with the Kardashians and Jenner by watching the new episodes of season 2 of The Kardashians on Thursdays with a Hulu subscription. Also be sure to check out our TV program for 2022 to be aware of all upcoming fall premieres on cable and streaming.