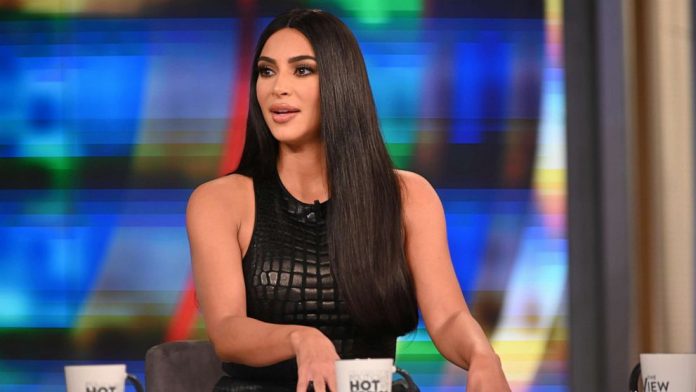 Kim Kardashian does not seem the nicest with Donald Trump. Yes, the pretty bimbo is snubbing the former President of the United States on Instagram.

Well ! Donald Trump is no longer popular, it seems. Kim Kardashian’s got her tongue hanging out, right? The famous it girl decided to sulk the president on Instagram.

New fight won for Kim K, the future ex-wife of Kanye, who wins a battle hands down. Yes, the it girl has secured the release of a prisoner she has been defending for over 10 years.

For years now, we have known that Kim Kardashian made it his mission to fight for American prisoners. Never mind, she has met President Donald Trump many times.

The bimbo seems to want to follow in the footsteps of her father, Robert, a lawyer who disappeared in the early 2000s. She therefore went back to college, taking distance courses to obtain her diploma.

The aspiring lawyer thus wanted to make the lot of prisoners better. She also helped free many of them, thanks to her notoriety.

Kim Kardashian also recently welcomed the release of a prisoner. It was Chris Young, who was still behind bars.

Sunday, on social networks circulated a video of Chris, fresh out of prison. Donald Trump would therefore have something to do with it, granting him forgiveness in his last hours under mandate.

Kim Kardashian therefore said thank you to everyone who helped in any way with his release. With the exception of one of them: Donald Trump.

“Chris Young is free,” Kylie Jenner’s sister wrote on Instagram. “After more than a decade behind bars. Wow, I am so relieved ”.

She also admitted that it moved her to tears, especially when she saw “Judge Kevin Sharp welcome him to his home.” Yes, this very moving video shows him at the airport, as the judge waits for him.

She adds that she was “deeply focused” on this matter and “extremely grateful” for the work of the administration that went into it.

Kim Kardashian was therefore careful to thank this judge for having released him. While sulking the actions of President Donald Trump, which she does not seem to carry in her heart.

“I’ve worked hard on this case,” she said, also mentioning young lawyer Brittany K. Barnett. As well as Jessica Jackson and once again Judge Sharp… But not the slightest mention of Trump.

Earlier, we also learned that Joe Exotic had asked the star for help. He wanted the star to write to the President of the United States, in order to be released.

However, Kim did not respond to this letter. Further proof that she is not really on good terms with the former President of the United States.

Arrowverse: a new Robin planned for the future

Breaking Bad: Most hated by fans in crime drama