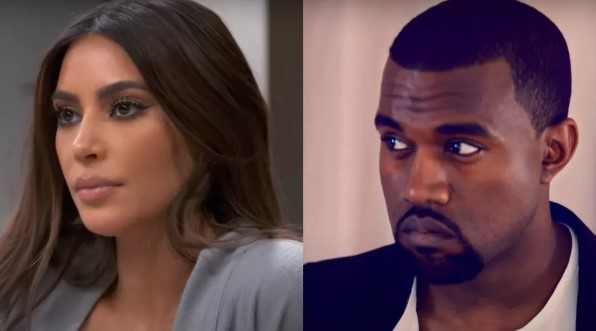 Now that Kim Kardashian is no longer in a relationship with Pete Davidson, all eyes are on the reality TV star regarding what will happen next in her personal life. But while she seemed interested in going in a different direction than the comedian, who is 13 years younger than her, now it sounds like she’s hitting the pause button on dates at all. However, a reunion with Kanye West is not possible — a fact that the rapper continued to mourn on social media for a bizarre comparison with the recent death of Queen Elizabeth II.

How is Kim Kardashian going to date after breaking up with Pete Davidson?

The Kardashian star appeared on The Late Late Show with James Corden after her breakup with the Saturday Night Live alum, and while discussing her dating future, Kim Kardashian told the host that what she was doing was clearly not working. Therefore, next time she can search in different places, perhaps in search of “scientist, neuroscientist, biochemist, doctor, lawyer,” etc. That is, basically, not like a comedian/actor/rapper? We hear you.

However, her musings must have been some time in the future because she clarified her status in a live interview with Kelly and Ryan. When Ryan Seacrest asked her what kind of person she sees herself as at this stage of her life, the media mogul fell silent, answering:

Brad Pitt’s Daughter is Probably the Most Beautiful Girl That Has Ever Existed
A groove for weight loss
Absolutely no one. …You know, I’ve said before, maybe I should try dating a doctor, a scientist, or someone else, so a bunch of lawyers, scientists and doctors turned to us. I’m just not ready.

Yes, apparently, doctors, lawyers and scientists responded to the call, as the founder of SKIMS confirmed that people were reaching out to shoot, but to no avail. But any rejection these men felt from Kim Kardashian was probably nothing compared to Kanye West’s pain, as he stated in his Instagram stories.

Kanye West admitted that he also lost his queen
Recently, Kanye West has been posting more often on social networks with tirades against ex-wife Kim Kardashian and her mother Kris Jenner, his business partnership with Gap and Adidas and, of course, Pete Davidson. However, among his recent messages, there seemed to be a reference to the Kardashians, as he told the people of London that he could be related to their recent loss. One slide of his stories read:

LONDON I KNOW HOW YOU FEEL. I LOST MY QUEEN TOO

Assuming he’s actually talking about his ex-wife compared to the Queen’s death, that seems like a pretty insensitive comment. While it’s obvious that Ye suffered because of what the split with Kim Kardashian did to their family, I don’t think the divorce is really comparable to the loss of the United Kingdom of Queen Elizabeth II after a 70-year reign.

Kimye is never boring, even long after they broke up, and we will continue to monitor any behind-the-scenes relationship between them on The Kardashians. Episodes of the new Season 2 are available for streaming every Thursday for those with a Hulu subscription.