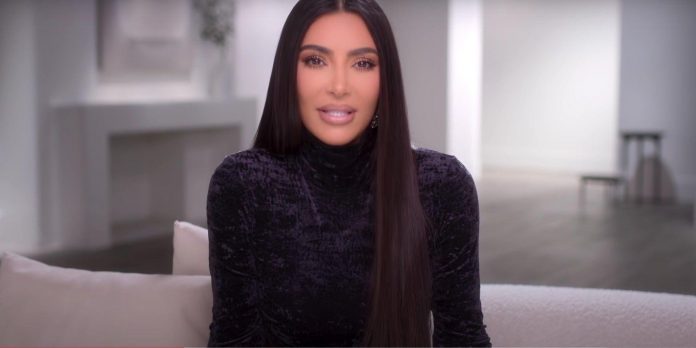 Kim Kardashian of The Kardashians has shared several posts on social media regarding the Supreme Court’s decision to overturn Roe v. Wade, and fans believe that the star’s pro-choice stance is hypocritical. Almost 50 years later, the Supreme Court made a fateful decision to overturn Roe v. Wade, a landmark decision that protected a woman’s right to an abortion. As the world reacted, many celebrities shared their grief, including Taylor Swift, Shawn Mendes, Harry Styles and Kar-Jenners. Kim, Kourtney Kardashian, Khloe Kardashian and Kendall Jenner shared their grief in their Instagram stories.

Kim’s sister and her Kardashian co-star Kendall called the decision “disturbing,” while Khloe and Kim shared Michelle Obama’s statements, and Kourtney shared a photo explaining the sad truth that guns in America have more rights than women. In May, Kendall was the only family member whose name was mentioned in a Planned Parenthood campaign called #bansoffourbody. In the same month, Kim and mom Kris Jenner supported Los Angeles mayoral candidate Rick Caruso and received a lot of negative reaction for it. In the past Caruso supported many anti-abortion politicians and organizations. Caruso was also accused of covering up several sexual assault allegations at the University of Southern California when he was chairman of the board of Trustees.

Link: Why Kim Kardashian Should Get An Extra Show About Her Legal Career

After the Kardashian star’s messages on social networks that she does not support the Supreme Court’s decision, many fans call her a hypocrite. Reddit user ok1314141414 wrote: “It is quite obvious to me that her publication against the cancellation of the Roe v. Wade decision is a complete PR move, because she supports pro-life candidates. She doesn’t care about women’s rights, she just wants you to think that it is. .”Many other fans agreed, and some even stated that they consider Kim a Republican, but pretend to be a Democrat in order to gain public recognition. User TaylorCurls commented: “This is the same woman who just supported a pro-life candidate.”

When Kim endorsed Caruso in May, fans also found it problematic that the candidate was a former president of the Los Angeles Police Commission. Fans found her support for the candidate incredibly hypocritical, as Kim has spent the last few years advocating for prison reform and recently passed the bar exam in hopes of becoming a lawyer and continuing her work to free prisoners who were imprisoned for petty crimes. Fans have also been theorizing about her relationship with Pete Davidson, wondering if this isn’t another performance to make her look good. The star of the show “Saturday Night Live” has repeatedly declared his support for Democratic candidates and even got a tattoo with the image of Hillary Clinton.

Kim’s politics are certainly unclear, and with her controversial actions, fans think she might be a bit hypocritical. While Kendall has shown genuine sadness and disappointment, Kim may just be doing what she thinks will make her look good. After all, the fans would have had more to say if Kim hadn’t said anything at all. Kardashian star Kim may be the only one who knows how she really feels about this issue, but if she wants people to believe in her sincerity, she should probably support candidates who match the beliefs she claims.

Elven Ring introduces patch 1.06, which includes big changes in the...

Paul Sorvino has died: the star of “Nice Guys”, the father...