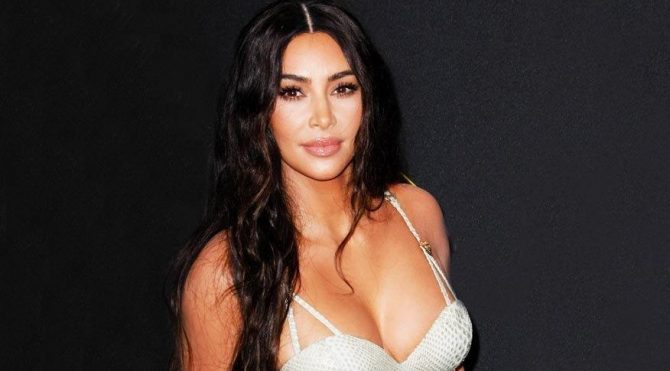 American starlet Kim Kardashian criticizes her husband Kanye West for not trying hard enough! We tell you everything.

It’s no longer a secret that the Keeping Up With the Kardashians star has officially filed for divorce. The rumor of their separation has been running for a few months. But this time the information was officially confirmed by a spokesperson for the star.

After 7 years of marriage, Kim Kardashian and Kanye West are going their separate ways. Together they have 4 children. North, the eldest, born June 15, 2013.

Followed by her brother Saint, born December 5, 2015. For her two other children, the young woman had recourse to a surrogate mother.

She will give birth to their 3rd child, Chicago on January 15, 2018. In May of the following year, the couple once again became parents to a baby boy named Psalm. According to the media TMZ, Kim Kardashian would have asked for joint custody of her 4 children.

Since the announcement of their divorce, speculation about the reasons for it has increased. And it must be said that there are many.

Admittedly, there was not one single reason that led Kim to file for a divorce. Indeed, it is a combination of several elements that prompted him to make this decision.

Kanye West’s bipolar disorder, his very controversial Tweets … Here is what prompted the young woman to leave. We tell you everything.

Kim Kardashian blames Kanye West for not making an effort!

WHAT KIM KARDASHIAN GETS AT KANYE WEST

Kanye West was diagnosed with bipolar in 2016. The singer then experienced a few episodes of seizure. And it’s his wife who pays the price.

In 2020, he announced his candidacy for the US presidential election. During a campaign speech, he will confess that Kim Kardashian wanted to abort their first child.

On Twitter, the young rapper fell in love completely and claimed that his wife wanted to force him into a mental hospital. He will also take it out on his mother-in-law Kris Jenner, whom he nicknamed “Kris Jong-Un”.

All these ordeals were a trigger for the young woman. According to those close to him, Kim Kardashian mainly blames Kanye West for his lack of effort.

“Kim is especially disappointed that they couldn’t find a way to stay married,” reports People magazine. “Kim had the feeling that Kanye did not want to make efforts and compromise” specifies the same source.

It should still be known that the couple seems separated for several months. But Kim’s relatives say it was not easy for her to initiate the divorce proceedings.

“Everyone supports her. Kim feels lucky to be surrounded by a big family, ”said the same source. The new mother has recruited Laura Wasser to deal with her divorce.

In fact, the latter bears the nickname “the queen of separations”. We are therefore certain that Kim protects his interests well. Business to follow.