Home Celebrity Kim Kardashian at war when she announced their divorce? 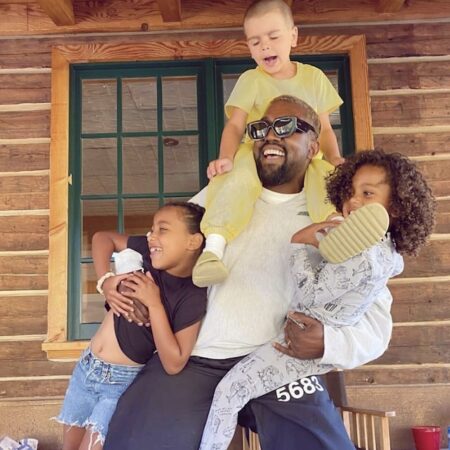 They get divorced and have to share their property and the time of their four children … will Kim Kardashian and Kanye West end up at war?

So how will the story between Kim Kardashian and Kanye West end? While the two stars have started the proceedings for their divorce, they could well go to war … Because everyone has a lot to lose!

Everything seemed to be going well. The lawyers of the two parties thus began to discuss at the same time when the two stars decided to divorce. Because you still have to decide where the couple’s four children will live …

Especially since Psalm is not yet two years old! So Kim Kardashian and Kanye West seemed to agree on one thing: children first. Even if they divorce, the children are going to move houses, they must be preserved.

They therefore launched the negotiations in a calm and serene manner to spare the family as much as possible. A good idea, but everything could quickly turn sour … Because Kanye West did not only have nice gestures towards his future ex-wife.

A source tells The Sun that he’s already started mourning his relationship … by selling Kim Kardashian stuff! A decision as quick as it is hard to swallow for the reality TV star. It remains to know his answer!

“Over the past two weeks, Kanye has attempted to sell jewelry he bought for Kim to at least two major jewelers,” the source reveals. Beyond the procedures between lawyers, this is therefore a clear gesture …

Kim Kardashian and Kanye at war since the announcement of their divorce?

“His friends knew it was over by then,” the source also said. He really wanted them to stay together but she was done. “It must also be said that Kanye West has quite exhausted his wife’s resources. Until she cracks.

One must therefore remember an exasperated Kim Kardashian during her husband’s speeches in the US election. And also the couple’s difficulties, when the rapper’s bipolarity made him quite uncontrollable …

He notably needed support while urinating on video at a Grammy Award. A pretty terrible cracking, due in part to his diagnosed bipolar disorder … But that his family had trouble supporting. To the point of giving up.

After more than six years of marriage, Kim Kardashian therefore gives up. At least during her marriage. Because the war could start on the legal ground, if her future ex-husband starts to act as if she no longer exists …

So we’ll have to follow the details of the Kardashian – West divorce! While everything seemed to be settled even before the separation, rumors began to pollute the family atmosphere. They loved each other, they don’t love each other anymore. But will they go to war against each other?