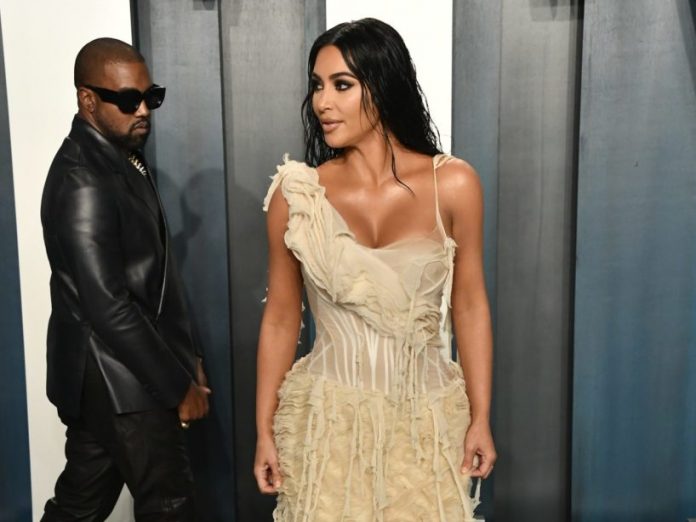 For many, the appearance of the Kanye West‘s ex-wife Kim Kardashian would be proof that he will give their relationship a second chance.

There is nothing that attracts more attention than a good novel and Kanye West knows how to star in them in an excellent way. Now, she turned on all her followers after Kim Kardashian appeared during her “Donda” concert, wearing a wedding dress.

For many this was a wink from the businesswoman and model with whom she would give a second chance to her relationship with the rapper, however, there are others who say that it is only a show, what will happen to them?

The excitement increased because Kim Kardashian assured them that she will keep the last name of her ex-partner and will not change all her roles, in addition, speculation began about a reconciliation of the divorced couple.

See the moment when Kim Kardashian appears wearing a wedding dress on stage at Soldier Field in Chicago, where Kanye West presented “Donda“, his new album inspired by his late mother, which despite the rumored release dates and After offering three pre-listening events to some fans, it is not yet available on digital platforms.

Kim Kardashian shows up in a wedding dress at the end of Kanye West’s DONDA listening event.👀👰‍♀️ pic.twitter.com/sCl2VRv66e

Will Kanye West and Kim stop their divorce and come back?

Despite what many fans wish, the reality is that the reconciliation between Kanye West and Kim Kardashian seems distant.

The model and sources close to her have assured, in recent months, to different media that what they want is to stay on good terms for the sake of their children and at the end of the day, they are partners in some businesses, so this only It is a sample of how the socialite will support the rapper’s career.

They are definitely a rather strange divorced couple, but no one is going to deny that their fans do not enjoy these curious postcards.