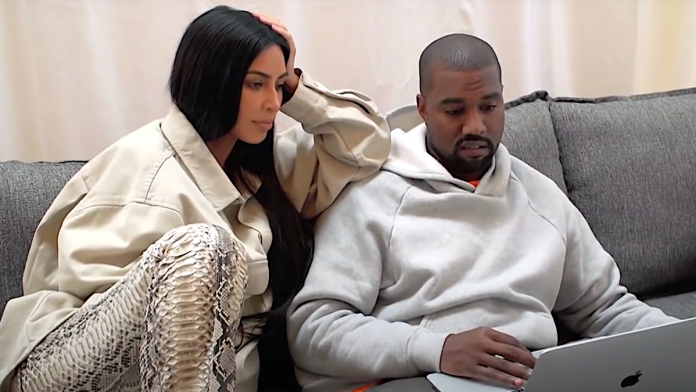 Although Kim Kardashian is currently legally single, she still hasn’t completely divorced her ex Kanye West. It’s been almost two years since the reality TV star technically filed for this application, but the former couple’s disagreements over their prenuptial agreement and who should get primary custody of their four children have significantly delayed the case. In addition, the infamous rapper doesn’t seem to be able to hold legal representation long enough to speed up the case—his fourth lawyer, Samantha Spector, resigned in May, citing a communications breach. Now there was another setback for West with the divorce.

According to a Rolling Stone magazine report, the judge in their case officially recused Spector as Kanye West’s lawyer during the hearing on August 5. Consequently, it seemed that he did not have a representative at the hearing, despite previous reports that he immediately hired a lawyer. a new attorney named Deborah Hong. However, at the same hearing, the judge decided to continue the case with or without the 45-year-old man, setting a trial date for his ex-wife on December 14 to finalize their protracted divorce.

Apparently, the judge offered Kim Kardashian’s lawyer, Laura Wasser, a trial date for her client either this year or next year. But the representative was confident that this year would be the best, saying they had been ready for “quite a while.” The only delay, they claim, is Kanye West.

The legal team of the CEO of SKIMS said in court that the couple currently have a good personal relationship, but Kanye West has not yet prepared documents disclosing financial information to help finalize the divorce. As they say, Kim Kardashian presented her financial statements back in November 2021.

As a result of the alleged shutdown, the judge demanded that Kim K.’s lawyer officially notify Kanye West to respond to this information by September 30. The trial will continue as planned if he doesn’t do it by then. However, the judge also made it clear that if there is an answer, and the parties involved need additional time to collect evidence or witnesses, then the divorce case will have to be transferred to another courtroom altogether. In other words, it could potentially delay even more.

Amid these complex legal proceedings, Kim Kardashian and Kanye West were embroiled in a major feud on social media earlier this year over their children’s use of TikTok and Kim Kardashian’s then boyfriend Pete Davidson. Kardashian and Davidson broke up after a nine-month romance. There is evidence that Kimye is doing a much better job of raising children these days, but custody rights will not be settled until the upcoming trial.

True to form, the Kardashian-Jenners kept secret (for the most part) the inner workings of their famous family and romantic partners during the premiere season of their eponymous reality show on Hulu, which will include Kourtney and Travis’ relationship. the idea and the last breakup of Chloe and Tristan’s relationship. Kanye West was also seen, albeit very briefly, coming to save the day and his ex’s sex tapes from Ray J. Hulu subscribers.

However, Kanye West may want to do the paperwork for the divorce. That’s because he probably won’t like dealing with this relatively simple matter, along with Coachella’s recent $7 million lawsuit and Donda’s copyright infringement lawsuit brought against him at the same time.

Tactics for those who don’t want to know an opponent in...