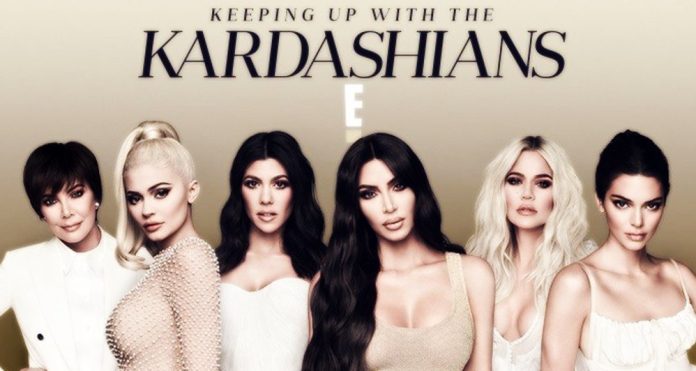 Kim, Khloe and Kourtney Kardashian are talking about their romantic relationship like never before in an upcoming ABC primetime special ahead of their new Hulu reality show, The Kardashians.

The stars of the reality show met with the co-host of “Good Morning America” Robin Roberts for a detailed interview in which the sisters talk about their relationships, careers and much more. In a preview clip for the interview, Kim says, “It’s hard to live your life on a reality show and then say, ‘I want some things to remain private.’

When the clip cuts to Roberts, who asks Kim, “Do you feel that despite what you’ve achieved, you’re still fighting for respect?”, Kim responds: “Absolutely.” Then the preview clip moves on to a topic that can sometimes be a touchy one— relationships.

Chloe is asked about her relationship with ex Tristan Thompson. Earlier, she said that Tristan fathered a child with another woman when they were still together — this is what will actually be considered in the series.

“I wish I’d never talk about it, because talking about it is not fun,” Chloe said in an interview with Variety. “But it’s part of my life path, so we’ll see it in the series.”

The 30-year-old NBA player is the father of Chloe’s 3-year-old daughter, Tru, and over the years that they were together, he got into several cheating scandals. Most recently, a paternity test proved that Tristan was the father of a child by Marali Nichols. He later admitted that he was the father and publicly apologized to Chloe.

Meanwhile, Kourtney is asked about her tumultuous romance with Blink-182 drummer Travis Barker, and Kim is asked how her family supported her during her public and stormy divorce from her ex Kanye “Ye” West.

Kris Jenner, the architect of Kardashian’s multibillion-dollar business, is also not spared from talking about relationships after Roberts asks her about Kim’s new man in her life, Pete Davidson. In a conversation with the SKIMS founder, Roberts also mentioned Pete and asked her if fans would see a lot of him in the new show, which will premiere on April 14 on Hulu.

“I didn’t shoot with him,” Kim says of the star of the Saturday Night Live show. But she never says. “I’m not against it. He just doesn’t do it,” Kim adds. “But if some event had happened and he was there, he wouldn’t have ordered the cameras to get out. I think I could shoot something really exciting, but not this season.”

Meghan Markle is no longer so close to her BFF Jessica...