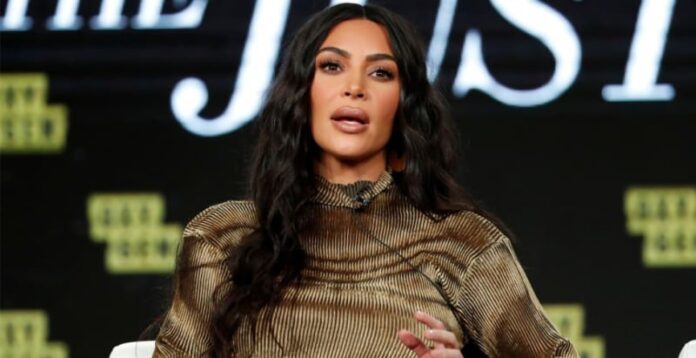 Kim Kardashian is accused of racism for advertising the new release of ‘SKIMS’.

Kim Kardashian is one of the most famous stars in social networks and on television, the also a model, she has created many successful businesses with her image, perfumes, makeup, lingerie, shapewear and clothing, the latter has been the target of criticism.

From the beginning ‘SKIMS’, Kim’s lingerie and shapewear brand, was going to be called ‘Kimono’, because it is the national dress of Japan, the company could not continue promoting its clothes under this name.

Another controversy that broke out was when Kim announced that he would donate a significant amount of money to institutions that were struggling to combat the Coivid-19 pandemic if their fans acquired any of the items in the ‘SKIMS’ collection, which the public.

Now, Kanye West’s wife has launched ‘SeamLess’, some mouth pads in 5 colors of basic shades, Kim Kardashian added that the proceeds from the sale of these items would be donated in full to support the victims of Covid- 19, in addition, it would give 10,000 mouth masks to organizations that would be in charge of distributing them.

To support the COVID-19 relief work efforts and help protect those on the frontline, SKIMS is donating 10,000 Seamless Face Masks to our charitable partners to whom $1 million has also been distributed. Learn more about each organization and how you can donate in our IG Highlight titled “COVID-19 Relief”

The controversy arose when Internet users quickly exposed their ideas about the advertising of ‘SeamLess’, the models appear in a ‘body’ matching the color of the mask and their skin.

The concept of the brand is that its garments merge with the skin tone of people, the African-American model appeared with a reductive girdle and covers mouths in black, which annoyed Internet users, accusing Kim of being racist.

Is Kanye West running for president again? Will we finally get...