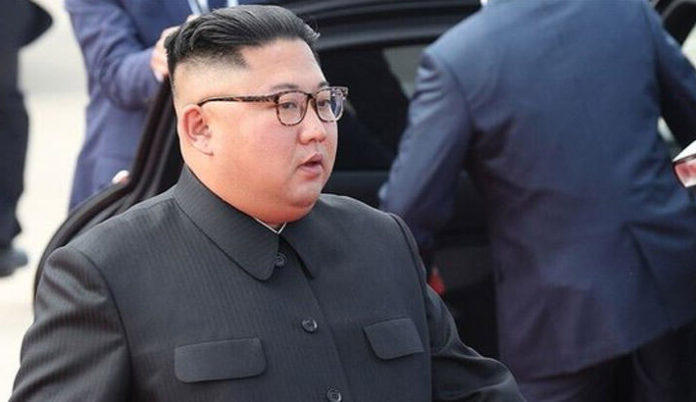 WHO IS JONG FLOUR?

Deputy director of HKSTV Hong Kong Television, broadcasting in China, claimed that North Korean leader Kim Jong-Un has died. But this news has not yet been confirmed.

TRUMP: I think the news is not true

Kim Jong-un, the leader of North Korea, who has lost the world with his missiles and carried out new tests even during the corona virus outbreak, is on the agenda again recently.

However, Kim, who runs the loneliest country in the world, adorns the headlines this time, not with her missiles, but with a heart surgery.

“I think the news is not true,” said U.S. President Donald Trump regarding Kim’s health at the White House at midnight.

The news about World Kim’s health condition was learned from American CNN International. According to CNN TV, the unnamed American officials said they were tracking intelligence on Kim.

Kim Jong-un did not take part in the birthday celebrations of Kim Il-Sung, who died in 1994, his grandfather and founder of North Korea, Kim Il-Sung.

Extensive celebrations are held annually for the eternal and founding leader Kim Il-Sung. It was noteworthy that Kim did not participate in the celebrations for the first time on this national holiday.

Daily NK, the news site of North Koreans who fled to South Korea, wrote that after this meeting, Kim underwent a heart surgery in the city of Hyangsan on the east coast of the country on April 12 and received treatment in his villa on Kumkant Mountain.

According to the news, the site is based on an unspecified source, who is overweight and smokes a lot, has been suffering from heart disease since August, and his condition worsened after his visit to Mount Paektu.

While the news that Kim was fighting for life was denied by official statements from the South Korean and Chinese wing, it was noted that Kim was not refused to undergo heart surgery.

Seoul-based Daily NK, in its new article, wrote that 36-year-old Kim is in the recovery process after heart surgery on April 12.

Daily NK reported that the doctor who performed the surgery at the Hyangsan Clinic built for the Kim family received training in Germany.

The doctor, who lives in Hyangsan city under extensive security measures, is said to have special protection allocated by the Pyongyang administration.

The founder leader Kim Il-Sung died of heart failure in 1994. Kim Il-Sung, who was disturbed in the city of Hyangsan, 120 kilometers from the capital Pyongyang, could not be brought to the hospital.

Kim Jong-un’s father, Kim Jong-il, ordered to build a hospital specifically for the family. The hospital is equipped with the latest technology brought from Germany and Japan.

Kim Jong-un did not appear in public for 40 days in September 2014. Following the allegations that the North Korean leader was overthrown by the coup, he appeared before the people with a cane.

Experts in the Trump administration are unlikely to replace his brother Kim Yo Jong if something happens to Kim.

Flickering the world with missiles launched in the last three years, North Korea fired the first missiles of 2020 against the morning on March 2. North Korea had launched two missiles from the regions near the city of Wonsan, located on the east coast.

An official case of coronavirus has not been released in North Korea so far, but the remarkable detail in Kim’s recent photographs was the wearing of a mask.