Home Celebrity Divorce in sight? Kim and Kanye are increasingly separated and avoided at... 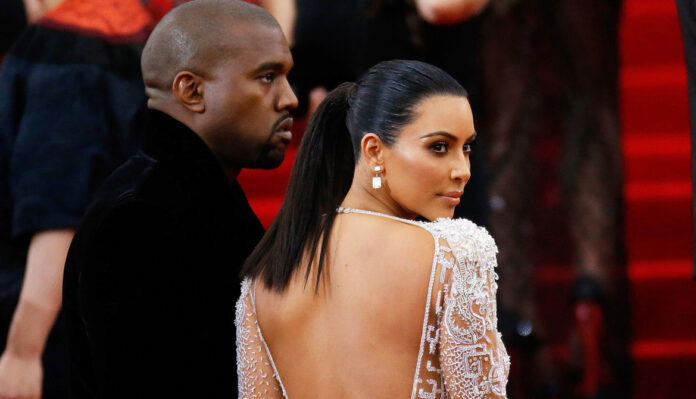 Divorce in sight? Kim and Kanye are increasingly separated and avoided at home. They ensure that the relationship of the controversial couple is increasingly cold and distant during the quarantine.

Although Kim Kardashian and Kanye West are surely doing numerous activities together with their four children or as a couple , the truth is that the two are not constantly leaning on each other during these months of domestic isolation caused by the coronavirus pandemic.

Do Kim Kardashian and Kanye West prefer to be apart?

Sources close to Kim and Kanye acknowledge that both the rapper and the television star very much enjoy their moments of occasional solitude in different parts of their huge Californian mansion, since they usually use this time to work on their respective professional projects or focus on some of your favorite activities.

The reality is that the couple has realized that each one is in very different stages of their life.

‘Kim feels she needs a little more space outside of Kanye . She tries to be the best mother possible, doesn’t neglect her law studies and professional commitments, but sometimes it ‘s tough if Kanye doesn’t help out at home as much as she should . But they have also taken time to talk about their feelings, ambitions, and their role as parents. The family is very close, especially for the sake of their children, ‘an informant told Us Weekly magazine.

Apparently, this dynamic allows them, on the other hand, to structure their days as best suits them and according to their respective personalities. While Kim chooses to get up very early and undergo strict schedules to get the most out of the day, Kanye is one of those who prefers to work at night without too many restrictions, with as much freedom as possible to put all his attention on his most creative side. .

‘Sometimes they are on completely different pages. She gets up very early to exercise, but Kanye is one of those who stays working until the wee hours of the morning. Kim doesn’t stop all day, while Kanye is more flexible in that regard. It is also true that Kanye understands that Kim needs time to disconnect , and he respects his space a lot, ‘the same source explained.

While some people say that the relationship between these celebs is getting colder and more distant, others assure that rather they both know how to respect each other’s space and freedoms.

BTS’s V would be in The Squid Game 2: what character...