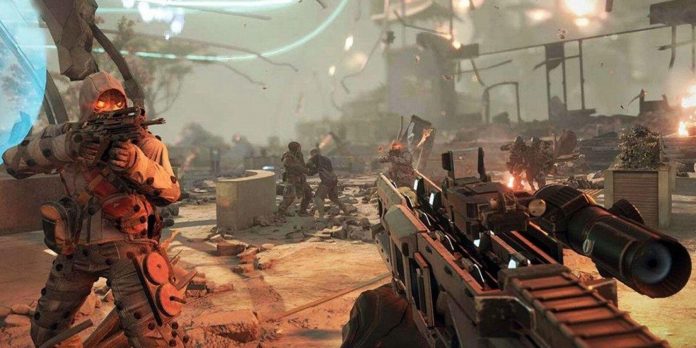 It’s strange to think that Killzone was once one of Sony’s largest PlayStation game franchises. Killzone Shadow Fall was released in 2013 as a starter game for PlayStation 4, but almost nine years later Killzone disappeared from PlayStation priorities. Fans of the franchise were able to preserve their experience, at least thanks to the constant support of Killzone Shadow Fall multiplayer servers. Unfortunately, this ended up with Sony shutting down the latest Killzone game servers with online support.

It has now been confirmed that the multiplayer servers for Killzone Shadow Fall as well as the Killzone Mercenary game for PS Vita have been disabled. This includes the Intercept cooperative game mode in Killzone Shadow Fall. Since Killzone Intercept was available separately, the app no longer exists. It is also being removed from the PlayStation Plus Extra games catalog, where it was previously available to subscribers. There are no plans to officially return the servers to the network.

Those who are concerned that these changes may affect their single-player game in Killzone have nothing to worry about. The Killzone Shadow Fall and Killzone Mercenary campaigns are completely offline. Players, regardless of whether they own games in physical or digital form, will be able to play a single game without any problems. Given the current wave of online DRM that has caused some single-player games to stop working, concerns about Killzone are valid. Fortunately, there is no such problem here.

The decision to close the Killzone Shadow Fall and Killzone Mercenary multiplayer servers did not come suddenly. Developer Guerrilla Games announced that the servers will be shut down on July 22. Just three weeks of advance notice is not necessarily a lot, but those who hoped to try the Killzone network mode for the last time before shutting down the servers definitely had enough time. do it.

What is especially sad in this situation is that there is no modern version of Killzone that could replace those that are now out of order. There is also no older Killzone multiplayer game. This is the latest Killzone multiplayer mode, for good or bad. Fans will have to hope that Guerrilla Games or PlayStation decide to bring the franchise back in the future.

Killzone isn’t the only series affected by Sony’s recent decision to shut down online multiplayer servers. RIGS: Mechanized Combat League servers will also shut down today. Other games that have gone offline include Everyone’s Golf, Freedom Wars, LittleBigPlanet and Soul Sacrifice. Most likely, Sony will continue to take PlayStation games offline only in the future, although it is unclear which games may be next.

Nostalgia for the 90s TV series “The Problem” Repeats the best...