Home Entertainment Killsquad, From The Makers Of Invinzimals, Is Now Available On PC 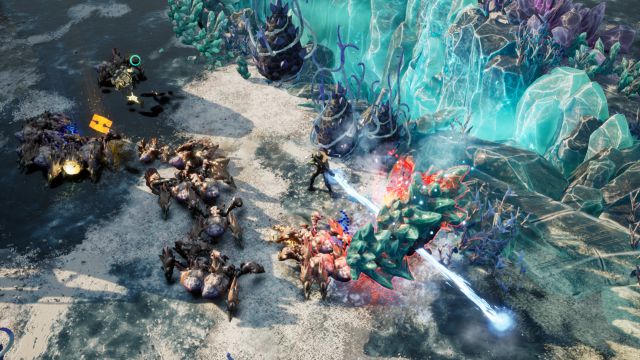 Killsquad: The four-player cooperative action game developed by Novarama has been available in early access. The Barcelona studio Novarama has announced that Killsquad, its cooperative action title for up to four players, is now available on PC. The video game hits the market after months in early access, which have served to update and improve the product over time. The developers promise that they will continue with the goal of updating the product, according to an already planned roadmap.

The work of the creators of Invinzimals draws on a wide range of playstyles, including elements from twin-stick shooters, hack & slash, dungeon crawlers, and bullet hell. In total, five planets full of armies of alien enemies, in which of course the final bosses are not lacking. They promise frenetic, skill-oriented action, which can be played in four-player co-op, as noted above.

Like any game today, Killsquad gives the player the ability to customize their five heroes, each with their own weapons and special abilities. Additionally, upgrades can be purchased as progress progresses. The rewards, meanwhile, can be invested in new weapons and equipment. On the other hand, the team includes improvements with passive extras, which provide the user with multiple customization tools.

“The launch of Killsquad is a real milestone for us,” said Game Director Dani Sánchez-Crespo. that we have reached both their standards and ours and we want more people to play it! ”.

As for the future, Novarama recalls that they have already published 16 major updates, something that will continue shortly. Hell Mode, Legendary Weapons, and Colosseum Impossible and Random modes will be released between now and the New Year, but there will be much more to come.