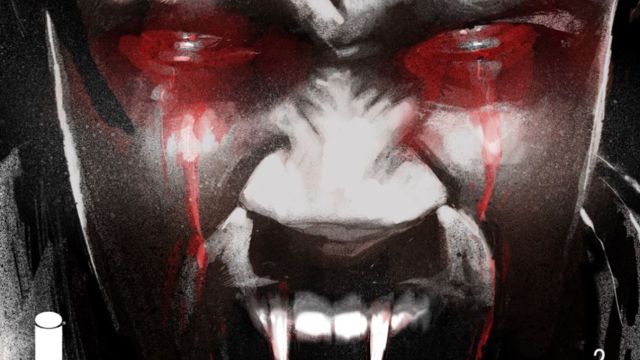 Killadelphia: Rodney Barnes manages to modernize the vampire story into a graphic novel that has different levels of reading. Killadelphia is one of the discoveries of the year in the world of comics. Norma publishes the first story arc (# 1- # 6) of Rodney Barnes’s work in a single volume, a story in which many more readings are hidden under the umbrella of terror: parent-child relations, the social revolution, the fight for freedom and the mechanisms of political power. It is a complex story that borrows elements from modern classics such as Soy Leyenda (Richard Matheson, 1954) or El Sueño del Fevre (George RR Martin, 1982) to give a more current approach to the myth of the vampire while detaching itself from romanticism of Gothic literature. It is something that in the comic we have already seen in 30 Days of Night, but here it reaches a remarkable quality that earned it to be nominated for the Eisner for Best New Series this year.

Barnes builds the story of a second American revolution around one of the country’s founding fathers, John Adams, who was president (1797-1801) after George Washington. The president, according to his story, would have been a vampire who would have the mission of leading the United States towards the founding values ​​of equality and freedom. For this he has been creating in secret and for decades an army of undead with which to impose a new order in a bloody way. There is a criticism of a society that dispenses with its economically poorer elements and in which racism still continues to be a relevant element in relationships, the new role of women in power circles is also tangentially touched.

Two other stories that affect him are woven on this main painting, that of the relationship of detective James Sangster Jr. with his deceased father and that of the young vampire Tevin, both of which endow the novel with an intimate point due to the depth of the feelings. that turn to her that, as Barnes himself recognizes, are the result of his feelings about an absent father figure.

Between photorealism and the abstract

If at the narrative level the work is a cannon, the visual aspect is not lagging behind. The drawings are by veteran illustrator and artist Jason Shawn Alexander, artist and co-writer of Spawn, who is known for his work on Batman, Superman, Hellboy, Queen and Country, 30 Days of Night … His style in Killadelphia is defined by the perfectionism of the frames and the force with which it represents movement. They are dark vignettes in which the shadows and the harshness of the lines manage to convey feelings of hostility, pain and passion. Like Alex Ross, Shawn starts with photographs to make his compositions, which despite his disruptive style, manages to give the drawing verisimilitude. The most abstract creations provide the comic with the necessary doses of terror. Each page is a small work of art. A paragraph must be made here to highlight the excellent edition of Norma, a pity that the paper crisis deprives us of the hardcover that the work would have deserved, but the additions, especially the pages in which Shawn himself explains his creative process they are a luxury. In addition, all the original covers are included, in which Jason shows all his talent as an illustrator, as well as the alternatives, among which the one for number 5 by Neil Adams stands out.

The Witcher Season 2: Who is the sorceress that appeared in...