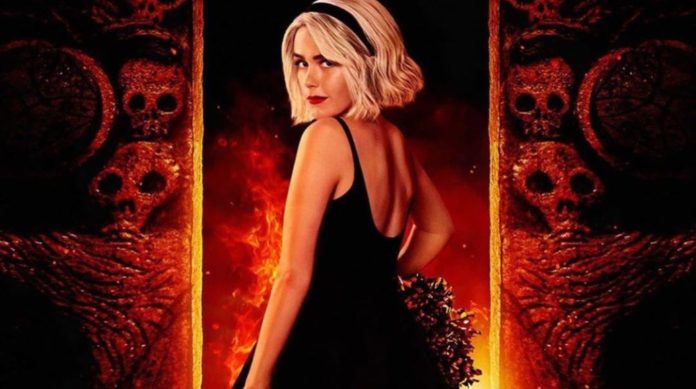 If you haven’t seen Sabrina 3, be careful because there are spoilers! “Chilling Adventures of Sabrina” premiered its new season on Netflix, many fans left them with a broken heart due to “Nabrina”, but also fulfilled one of their biggest dreams: join the universe of “Riverdale”.

But what exactly will happen with these 2 stories? Kiernan Shipka talked about it in an interview, we tell you what he said.

Kiernan said that in both series there is no specific timeline, it is not known in which year they are set, but ensures that their universes happen at the same time. Will there be a more direct interaction between the little witch and the “Archie” gang?

The actress did not want to give many details about it, but said that little by little they are approaching “Riverdale”, fans will be able to discover the mystery at the end of the year, since the fourth season is already in the recording process and will be released in the last months.

“Sabrina” made a trip to “Riverdale” when he was looking for a mysterious tree, which he found in the house of “Cheryl Blosom”, one of the main characters in the series. He did not meet anyone from that story, but everyone expects that there will be some encounter between them. Can you imagine how it would be?

Iggy Azalea says she has a secret with Pabllo Vittar