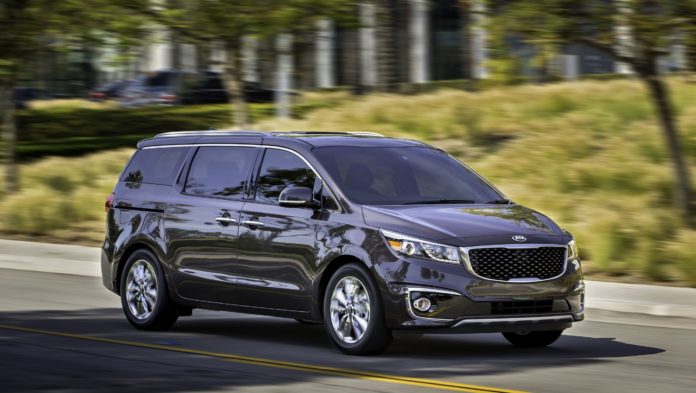 The short circuit experienced in the electronic circuits of the vehicle due to a problem in Kia’s ABS module causes a fire in Sorento and Sedona models even if the vehicle is not working. Kia recalled vehicles with this problem.

South Korean automakers have been experiencing problems with electronic components recently. It is stated that there is a risk of vehicles catching fire due to the problems in brake systems .

The US Nations Road Traffic Safety Administration has been informed about the security issue experienced by information forms filled out by Kia on February 14. Warnings were issued for Sorento and Sedona models , which were released in a certain period .

Vehicles can catch fire even if they are not running:

According to Kia, Sorento produced between 2007 and 2009 and Sedona minivans produced between 2006 and 2010 are charged with modules that prevent locking ABS brakes for the fire problem . This piece continues to receive electricity even if the vehicle is not running.

According to the shared information, even if the vehicle does not work in the module, there may be a short circuit and sparks occur. Electricity is constantly supplied to the ABS module, which means that the risk of fire continues whether the vehicle is running or not.

Kia says that the long exposure of their vehicles’ brake modules to this problem over time. We have seen a similar problem in Hyundai before . Elantra models, produced with a similar infrastructure with these cars , were recalled due to the almost identical problem. The problems with those vehicles were fixed later.

On the other hand, there is no situation that would require the owners of these vehicles to be afraid . The company has already found a solution to the problem . When the vehicles are taken to the services, the technicians will place a piece in the ABS module that will prevent short circuits.

Kia’s recall of vehicles will begin on April 10 . The company sends a letter to the car owners and reports the situation. For those who previously owned Elantra, letters will be delivered from April 3 . For now, the recall seems to happen only in the USA . There is currently no such notification for our country.