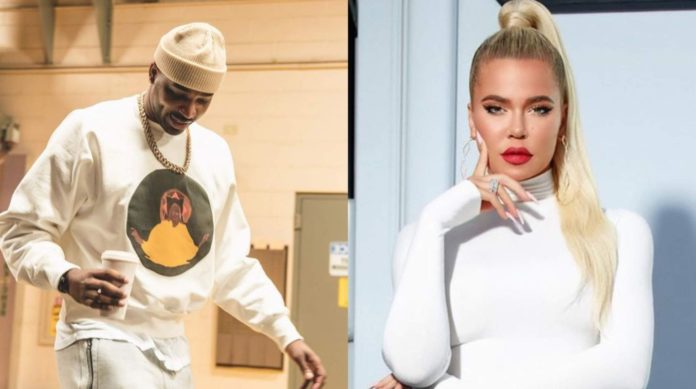 After all the scandal that happened after Tristan Thompson tricked Khloe Kardashian with Jordyn Woods, Kylie’s best friend, the socialite had to make a hard decision.

Now that things are a bit in the past, and that both Tristan and Khloe decided to stay close for their daughter True, there are some social supporters who still support the idea that Koko could still have an affair with Thompson, and apparently She has had an unexpected reaction.

In one of the last episodes of KUWTK you can see how Tristan confesses what he feels for her in a call by FaceTime, everything happened while Thompson said “good night” to True, and then comment to Khloe “Okay, I love you” WHAAAAAAAAAAAAAAAAAT !

Then Khloe told Malika that she didn’t know what to say because of the way Thompson said goodbye but she wouldn’t go through it a third time, referring to the other two times that the Cleveland player wasn’t honest with her.

Same babe. Same lol #KUWTK but we are coparenting so well right now. It is a great space to be in. Coparenting is such a hard space. Much respect to all coparenters

Will Koko change his mind? We will probably see news soon if Thompson keeps trying to regain his relationship with Khloe.