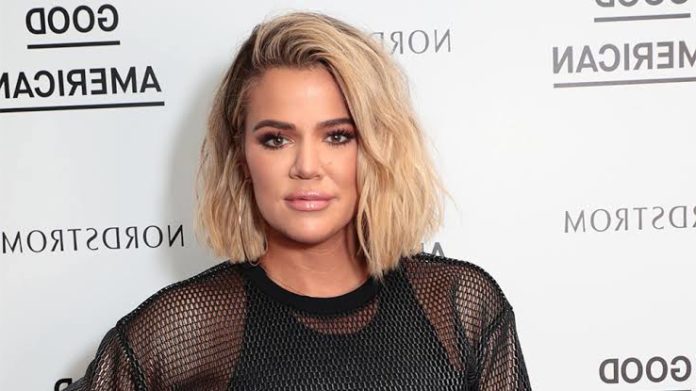 It is on Instagram that Lamar Odom announced his engagement with Sabrina Parr, his companion for a few months. Khloe Kardashian, his ex-wife, is very happy for him. We explain to you!

Indeed, it is only 3 years since the former basketball player is divorced Khloe Kardashian. But now Lamar Odom is getting ready to remarry. On Monday, November 11, 2019, the 40-year-old announced his engagement with sports coach Sabrina Parr. Not in a conventional way, but in an Instagram post. He presents his “new fiancee” through a post where they appear very happy.

In addition, in this photo Sabrina reveals her huge ring set with diamonds. Between Lamar Odom and Sabrina Parr everything went very quickly, it must be said that at age 40 he wasted no more time! It must be said that it is a habit for him, because in 2009 he married Khloe after 1 month of relationship.

KHLOE KARDASHIAN: SHE LOOKS FOR THE HAPPINESS OF LAMAR ODOM!
Even if between Khloe Kardashian and Lamar Odom is old history, the young woman still has affection for him. Moreover, she can only feel happiness for her ex, because she herself has lived love stories after him. Moreover, his relationship with Tristan Thompson made her sad enough not to worry about her ex-girlfriend’s life.

According to a Us Weekly magazine source, Khloe Kardashian “is not surprised that Lamar was soon engaged.” Because she had already heard the news not one of her friends. Another source also defended the young woman. “The chapter of her life that she shared with Lamar seems to have come full circle and she has moved on to something else. It nourishes neither bad will nor jealousy. Said the source.

Introducing my new fiancé!! Soon to be Mrs. Parr-Odom. She the ONE!!!! @getuptoparr

MILLIE BOBBY BROWN RESPONSES TO THE CRITICISMS TOWARDS HER NEW LOOK