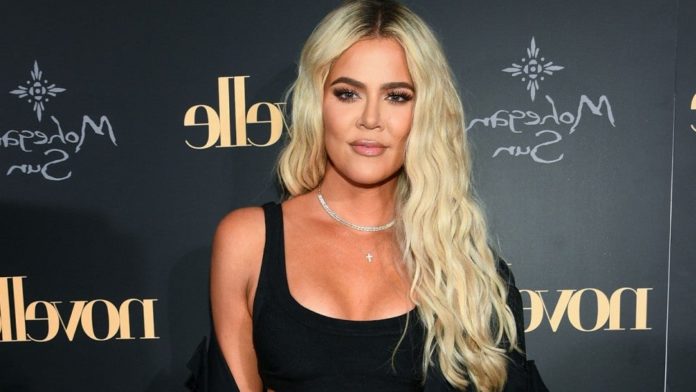 Khloé Kardashian is embarking on a whole new project. The starlet has chosen to become the producer of a series on crimes of passion!

Khloé Kardashian intends to invade the small screen. True’s mom will soon be releasing a whole new series on crime of passion!

Khloé Kardashian and his sisters are very well known in the United States thanks to their reality TV show. Indeed, for many years, the starlet has appeared in Keeping Up With the Kardashians. However, she doesn’t want to settle for that and the star has announced a whole new project. In a few days, she will release a whole new series and we will tell you more about it.

Kim Kardashian’s sister seems to be inspired by her past relationship with Tristan Thompson. So, she chose to produce a series on crimes of passion. According to the People media, this series will be called Twisted Love. The series. It will be broadcast from February 4 in the United States and Khloé Kardashian is looking forward to his fans seeing his new show.

KHLOÉ KARDASHIAN RELEASES A SERIES ON PASSIONAL CRIMES!
The first episode of Khloé Kardashian’s series is called The Hand that Rocks the Cradle. In this series, the star promises to stage a series of stories about families, friends and lovers. However, their relationships become complicated to the point of becoming obsessive. “I love the idea of ​​love. But these stories will turn on a desperate romance. ” did she say. The star is a fan of series with crimes and she wanted to highlight them.

So, in the first episode, the fans will meet a couple: Arnord and Tammi. Nevertheless, Tammi will start to believe that her husband and cousin are having a relationship and there will be murder. In other words, Khloé Kardashian intends to talk about crimes of passion and his fans will be many to watch the episodes. However, it will be necessary to wait for the release of the series to know if it is a big success.

BTS at MTV VMAs 2020, how to watch live broadcast

6 Tom Holland movies you should know