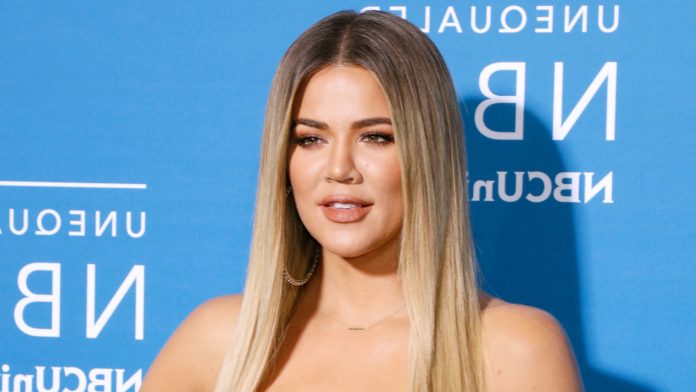 Red alert ! Khloé Kardashian celebrated Christmas with his ex Tristan Thompson. On the Web, Internet users have not failed to tackle it.

Will Khloé Kardashian fall back into the arms of her ex-fiancé Tristan Thompson? On videos revealed on the Web, the ex-lovers displayed themselves very close during the Christmas holidays. Some internet users have not failed to pin down the behavior of “Koko”!

We no longer present Khloé Kardashian. If you follow “Keeping Up With The Kardashians”, you must have witnessed her many romantic setbacks. As a reminder, she has married basketball player Lamar Odom in the past. On the screen, the young woman had also celebrated their marriage with great pomp. But the pretty blonde quickly became disillusioned … The latter was addicted to drugs and never stopped cheating on her!

KHLOÉ KARDASHIAN TACKLED BY HER FANS: SHE SPENT CHRISTMAS WITH TRISTAN THOMPSON!
In the city, Khloé Kardashian is also the mother of a little True. Fruit of his past relationship with Tristan Thompson. For the sake of their daughter, the businesswoman strives to have a good relationship with the sportsman. But she also uses her social networks to tackle him (indirectly). Atmosphere! In the meantime, the ex-lovers have gathered to celebrate the Christmas holidays. Like every year, Kris Jenner and her daughters enjoy partying with family and loved ones.

On the Web, some videos of Khloé Kardashian appearing very close to his ex have also leaked. If the ex-lovers are just chatting, fans of the pretty blonde have seen red. “I’m a fan and I hurt her, but now I’m really disappointed and I would have a different opinion on her and her famous Instagram posts,” said a follower of Khloé. Many Internet users have also joined the latter’s point of view. “Koko” is going to have to report to his community … Case to follow?

BTS: When will your vacation end and what are your plans?