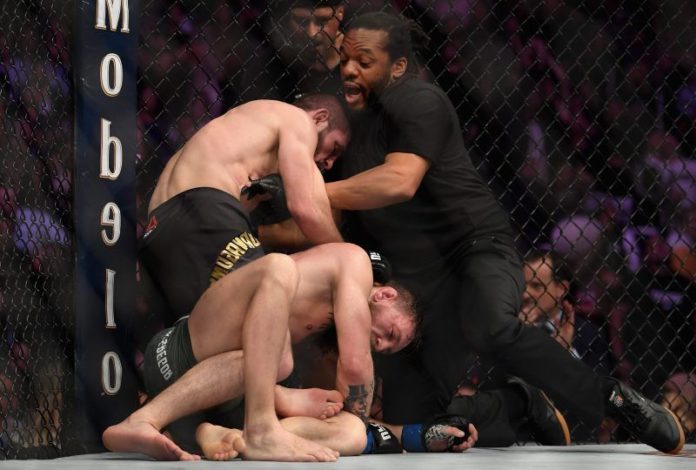 Khabib Nurmagomedov launches strong challenge to Mayweather, wants a single round of mma to finish it. On April 18, the Russian fighter will face Tony Ferguson at UFC 249.

After Floyd Mayweather published an image months ago announcing a possible fight between him and UFC lightweight world champion Khabib Nurmagomedov , the mma fighter has shown interest.

First, it was his father who said they were open to negotiation and now it was Khabib himself who raised his voice to say what the rules of combat would be, as it would be a boxing match , with a single round of mixed martial arts .

“Maybe 11 rounds of boxing and one round of MMA. If you want to fight, come to the UFC , here it would be a real fight. He is my father’s age, how am I supposed to hit him in the face, ”the UFC monarch briefly told TMZ Sports.

Nurmagomedov for now is preparing for the duel they will have next April 18, in New York, before Tony Ferguson, at UFC 249 , in which he will defend the lightweight belt, and that is called to be a war on the ring.