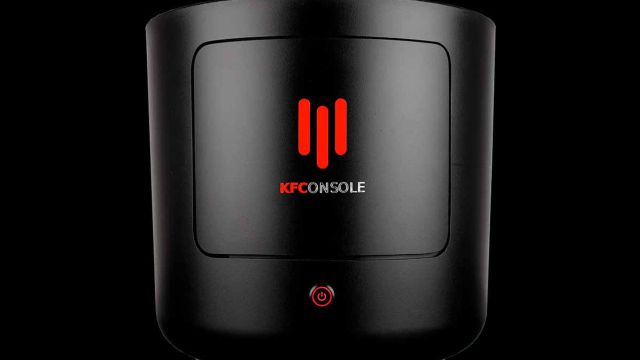 It’s no joke, Kentucky Fried Chicken will launch its own console, which allows you to play and cook at the same time.

The video game industry does not stop bringing us surprises. If a few weeks ago a console that cooled beer was confirmed, now it is the turn of an even more peculiar machine. Kentucky Fried Chicken, the fast food restaurant chain, won’t be competing directly with the PS5, Xbox Series X, and Xbox Series S, but it will offer its own take on what a console should be. And yes, of course food has a lot to say. Although it seems like a marketing maneuver, the product is very real and allows … to keep the chicken warm while you are playing a game.

It is a device that hides a PC architecture inside. It is prepared for virtual reality, mounts an Intel board and is capable of reaching a resolution of 4K and offering ray tracing, as well as a playability at 240 fps. Inside, you can put chicken to keep it warm while you enjoy the video game. The console was announced just a day before the PS5 was first shown, despite the fact that many thought KFC was joking at the time.

KFConsole is shaped like a pot, and its casing has been built by Cooler Master (BC100). “Never run the risk of your chicken getting cold, all thanks to the Chicken House”, you can read in the official description. “Using the natural heating systems and air flow you can now focus on your game and enjoy your chicken hot and crispy between” batches. As for the hardware, it carries Intel Nuc 9, an Asus GPU (can be changed), a 1 TB SSD hard drive (Seagate BarraCuda), etc.

See Also
Kim Kardashian and Kanye West at KFC in Paris: The brand created a bucket just for them!

This new device has no release date yet, but now that all the next-gen consoles are sold out, it might be the right time to tempt non-vegetarian gamers.