The world of console may be meeting a brand new player: KFConsole. KFC, one of the largest fast food chains in the world, has released a video that introduces its first console from its Twitter account called KFC Gaming.

Recently, Sony’s new generation console PlayStation 5, which is one of the most anticipated consoles in the game world, was announced. But one day later, a surprise console presentation came from a surprise company: KFConsole.

KFC Gaming’s official Twitter account shared a video on June 12, 2020. In the video shared with the article “The future of acting is here”, they introduced the design and some features of the game console that they named KFConsole.

The future of gaming is here.

Kentucky Fried Chicken, KFC, is one of the biggest fast food chains in the world. This move of the company, which is generally known for its campaigns, may be one of these campaign moves. Although the company points out 12 November as the release date, it is likely to be a spoof.

As we mentioned above, some features of the console, which is not yet known whether it is parody or not, are also explained. There will be one Blu-ray disc drive in KFConsole. This device will also feature true 4K and 120 FPS support. We will see if all this is true or not later.

What are you thinking? Do you think KFC really produced such a console? Can he compete with PlayStation and Xbox if he produced it? Or is this a purely entertainment sharing? You can share your ideas about the new console with us in the comments section. 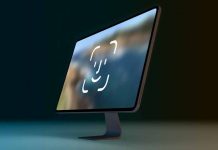 Face ID: Face Recognition Is Coming To Mac! Here Is The Date