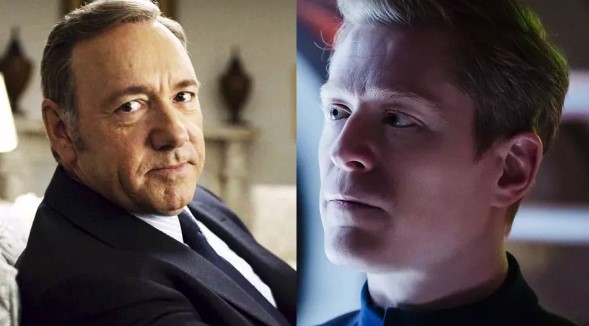 Kevin Spacey has appeared in court in a sexual harassment case brought by Anthony Rapp.

Back in 2017, actor Anthony Rapp accused Kevin Spacey of sexually harassing him when he was 14 years old. Spacey’s response at the time was that he stated that he did not remember the encounter, but still apologized for anything he could have done, which he said would have been “inappropriate drunken behavior.” However, testifying in court where Rapp sued him, Spacey now apologizes for publishing the statement, calling it regret and saying that others pushed him to publish it.

Anthony Rapp is suing Kevin Spacey for sexual harassment because of an interaction that allegedly took place when Rapp was 14 and Spacey was 26. Rapp claims that after a party at Spacey’s apartment, the “American Beauty” actor pushed him onto the bed before climbing on top of him. After Rapp’s testimony, it was Spacey’s turn to take a stand. He said (via Variety) that he now regrets apologizing because he claims he did nothing wrong and his publicist forced him to apologize. Spacey stated…

I was encouraged to apologize, and I learned a lesson: never apologize for something you didn’t do. I regret my entire statement. This is my responsibility. I put it there. It was really wrong. It was very bad and I’m very sorry. I have to own it.

The “Usual Suspects” award winner says that during Rapp’s published story, he was told that if he resisted, he would be seen as blaming the victim, and that he wanted to try to prevent the “crisis” from getting worse. This prompted Spacey to apologize for the incident, despite the fact that he claimed it never happened.

Spacey admits to knowing Anthony Rapp and spending time with the teenager at the time Rapp claims misconduct took place, but denies any wrongdoing. Instead, another actor, John Barrowman, appeared during the testimony. Spacey apparently met Barrowman at a club he was at with Rapp, and the L.A. Confidential actor stated that he was much more interested in the future Doctor Who star, saying…

Kevin Spacey’s career has stalled after Rapp’s accusations. He was removed from Ridley Scott’s film, which he had already directed, and replaced by Christopher Plummer. He was also fired from the Netflix show “House of Cards,” which ended another season without him. Spacey has been trying to get back into his career in recent months, despite a lawsuit from Rapp, as well as several allegations of sexual assault in the UK.