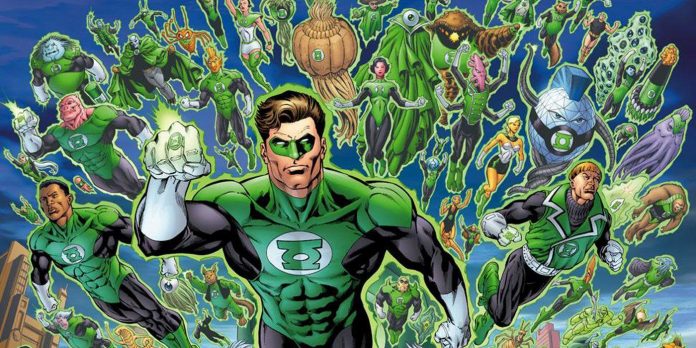 The famous and iconic director Kevin Smith believes that the series “Green Lantern” on HBO Max has been canceled. Ever since the 2011 film “Green Lantern” hit critics and audiences at the box office, Warner Bros. struggled to figure out what to do with the emerald superhero. In 2014, when Warner Bros. Having first announced their list of DC films that will make up their shared cinematic universe, they announced The Green Lantern Corps as a film with a set release date of July 24, 2020, which was never filmed.

In 2020, HBO Max officially gave the green light to the Green Lantern series from Mark Guggenheim and Seth Graham-Smith. The series was supposed to include various Green Lanterns, as well as Finn Wittrock (“American Horror Story”) for the role of Guy Gardner and Jeremy Irwin (“Mamma Mia: Here we go again”) for the role of Alan Scott. The series had a director, and recently in June 2022, Mark Guggenheim teased him, saying that they were already working on the season finale of “Green Lantern”. The series was supposed to be a major boost for HBO Max in creating a high-end series with a big budget for a streaming service to compete with projects like Disney+ and Netflix.

During an appearance at Hollywood Babble-On, Smith, along with co-host Ralph Garman, talked about the latest news related to the cancellation of various DC projects. Smith said he hadn’t heard anything about the Green Lantern series, and said he wouldn’t be surprised if it was canceled, as it shows that many DC properties were victims of the merger. Smith specifically said that he had not heard anything about the fate of the Green Lantern, so at the moment it is only speculation. Smith said:

“I do not know this fact, but I have not heard anything about the TV series “Green Lantern”, which they allegedly filmed. I wouldn’t be surprised if it was a victim too.”

New Mode in Warner Bros. Discovery has led to massive changes in the attitude of the DC brand. Several CW series, such as “Batwoman,” “Legends of Tomorrow,” and “Naomi,” have been canceled. Warner Bros. also canceled DC films such as “The Miracle Twins” and “Batgirl”, the filming of which was completed and was in the process of post-production. Cancellations are likely to continue, as there are rumors about the cancellation of the movie “Supergirl” and fans are wondering what the future holds for projects such as “Zatanna” and “Blue Beetle”.

Warner Bros. Discovery has not officially made any statements about the fate of the Green Lantern series, but the prospects are bleak. Warner Bros. Discovery has started making serious rollbacks to the original HBO Max programming script, and if DC’s plan is big theatrical films, it doesn’t look like Green Lantern has a future as a TV show on HBO Max. Many will be waiting to see, but there is a chance that Green Lantern could join the ranks of many superhero series that just never should have been.