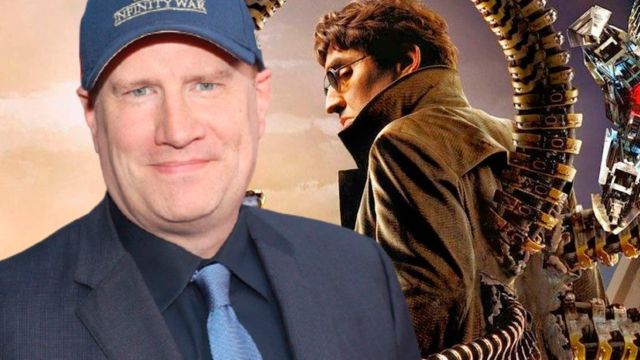 Kevin Feige: The president of Marvel Studios shares his opinion about the leaks of the new Spider-Man movie and is sarcastic with Alfred Molina. Thanks to the recent celebration of the Black Widow premiere, the media were able to speak with Kevin Feige, president of Marvel Studios, who dropped several headlines about the upcoming MCU premieres. Thus, he assured that we will still have to wait a while to know something about The Fantastic 4, both at the cast and plot level, although what attracted the most attention were his words about the rumors and leaks of Spider-Man: No Way Home , the long-awaited third solo installment of Spider-Man in the MCU. And Feige doesn’t seem very happy about certain things.

And is that despite the fact that Spider-Man: No Way Home opens in theaters in less than six months, no official material has yet been shared beyond the logo and title of the film. Secrecy is maximum for this new spider movie; And we remember that for months the possible landing of the Spiderverse with characters from film franchises of Spider-Man’s past has been rumored.

However, the Entertainment Weekly medium did not want to miss the opportunity to ask Kevin Feige about the rumors and leaks of the next Spider-Man movie, especially about the words of actors like Jamie Foxx or Alfred Molina, Electro and Doctor Octopus in the two previous Spidey sagas, and that have already secured their return in No Way Home. Kevin Feige responds:

“You know, people can talk. People have a microphone, some like to talk. To some people like me, not so much. Everything we do is hopefully with the intention of exceeding expectations and meeting surprises. Not all the rumors that are read on the Internet are true, far from it, but not all of them are false, “says Feige.

And is that when asked about the possible return of the character Valentina Allegra de Fontaine (presented in the series Falcon and the Winter Soldier), Feige responds sarcastically: “You should ask Alfred Molina.” Will all the Spider-Man: No Way Home rumors and leaks finally come to fruition? Many hope so.

The Office: Remember The 10 Best Episodes of Jim and Pam