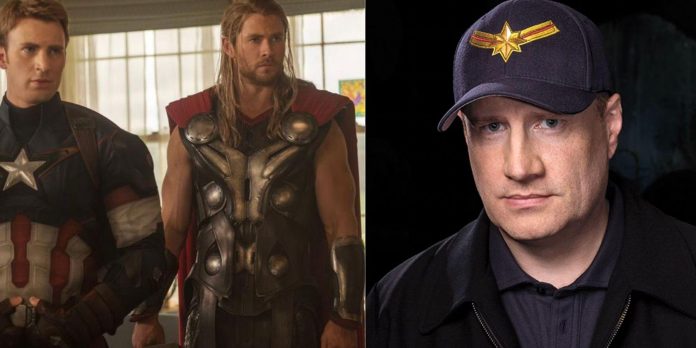 It’s hard to imagine that “Avengers: Finale” will be more emotional than they already are, but Kevin Feige almost pushed the situation to the limit. The Russo brothers said that initially Feigi wanted to kill Thor and Captain America.

The ending of “Avengers: Infinity War” left many fans feeling insecure and that anything could happen to their favorite heroes. While “Avengers: Finale” may have killed off a couple of them, the original plans for an epic ending were even crazier.

During an appearance on Josh Horowitz’s “Happy Sad Confused” podcast, the Russo brothers reflected on the epic battle with Thanos and those who died in the decisive battle. They showed that the finale could lead to even more character deaths, because Faiga originally had the idea to destroy the three main superheroes from the original Avengers squad. “At some point, Kevin really took all the OG off the board,” Joe Russo shared. “We thought it was too aggressive and that the audience wouldn’t be able to take it in, and that actually choosing one or two characters that they would sacrifice throughout the movie could give you moments throughout the movie when the action might stop and you might have emotional catharsis as well then continue the narrative and then get more emotional catharsis.”

Anthony Russo shared that they discussed the fates of the main characters in the early days of production and that Faiga’s ideas never found embodiment in any scenario, adding that although two added deaths would have been very emotional, they had to make informed decisions. about which characters they should sacrifice for the sake of the narrative. “Kevin came up with the idea from the very beginning that it’s like Toy Story 3, where they all have to jump into the fire to save the universe,” Joe Russo said. “We thought you needed to go beyond storytelling in something of this magnitude, so we weren’t quite sure how the math would add up to get to that.”

Although it will be difficult to surpass the “Finale” on an emotional level, since it was the culmination of 22 films, there is no doubt that Feigi has prepared something special for the next two “Avengers” films. “Avengers: The Kang Dynasty” and “Avengers: Secret Wars” are due to be released in 2025 as part of the sixth stage. While not much is known yet, Secret Wars is on its way to being the biggest MCU movie, as the comic it’s based on, for those who don’t know, includes a wide range of characters, just like in previous Avengers films, but much more. scale.

In the Secret Wars comic book storyline, heroes and villains (including the X-Men) from different universes unite to fight in a new world called Battleworld. Most likely, the heroes will be seen fighting villains such as Magneto, Doctor Doom and Kang the Conqueror, who was first hinted at in Loki and who will appear in the upcoming Ant-Man and the Wasp: Quantum Mania.

Avengers: The Finale is available for streaming on Disney Plus.