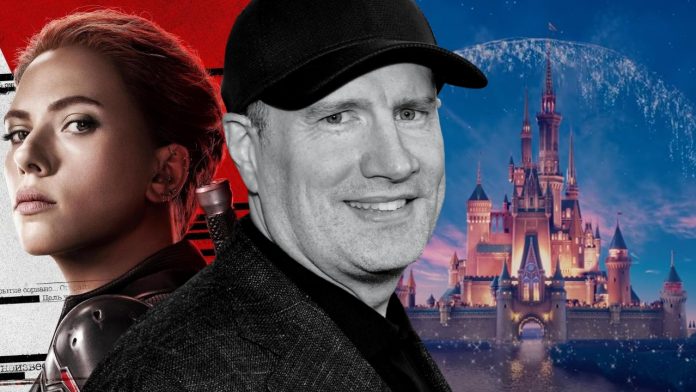 Kevin Feige’s reaction after Scarlett Johansson’s lawsuit against Disney and Marvel was learned. The most authoritative name in the cinema universe is quite angry that things have come to this level. The master producer wants things to end as soon as possible before they get bigger.

Explaining that his income with the Black Widow movie was damaged, Johansson had a shock effect in the cinema world. While the reactions of the parties were curious, Kevin Feige, the boss of the Marvel cinematic universe, allegedly demanded Disney solve the problem.

Kevin Feige is angry at Disney

According to inside information, it was learned that the master producer agreed with Scarlett Johansson. Hollywood reporter Matt Belloni conveyed the following on the subject.

Kevin Feige is angry. He’s a company man and places great emphasis on institutionalism. He is not at all open to intra-company showdowns and such dynamites. He told me he was angry and embarrassed. The game was never meant to hurt the cue and Disney’s plan has lobbied against it. However, the studio did not listen to him and at this point, he went crazy. Feige definitely wants Disney to fix this problem.

Kevin Feige, who seems at odds with Disney, is aware of the importance of box office revenue. The producer, who has patronized the universe for over 10 years, is Disney’s most valuable employee, according to Matt Belloni. However, at this point, it seems that the Marvel front will not stand against Scarlett Johansson for the case. On the other hand, Disney did not respond to the allegations made about Kevin Feige.

Continuing his statements, Matt Belloni stated that it is not surprising that the star player sued the studio. Because, again, according to insider information, the Scarlett Johansson front warned Disney and Marvel before the movie was released. Despite this warning, the new moves of the studios, which acted, have already been a matter of curiosity.

Also, Kevin Feige’s alleged reaction could stretch the strings between Marvel and Disney. Because Feige had new signals that he was on his player’s side. After this situation, Disney’s new moves seem to attract attention.

Where are you in this discussion? Is Kevin Feige justified in reacting? Do not forget to share your views with us.

Understand Twitch’s ‘Don’t Ban’ List That Was Leaked In The Platform...