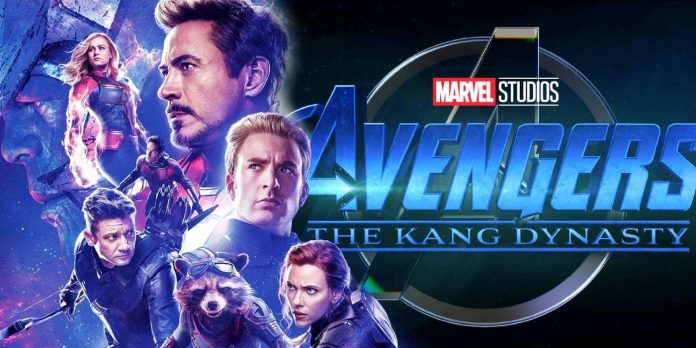 Marvel Studios president Kevin Feige defends the long wait after “Avengers: Finale” for “Avengers: Kang Dynasty” and “Avengers: Secret Wars.” The release of The Avengers in 2012 ushered in a new era for the superhero film genre, becoming the first major film about the MCU collaboration. The film was a huge success with audiences, followed by three more Avengers films, including Avengers: Age of Ultron, Avengers: Infinity War, and finally Avengers: Finale in 2019.

With the SDCC panel from Marvel, the curtain has finally opened on Feiga’s big plans for the MCU for the next few years, and it became known that the fourth and fifth Avengers films will be released as part of Phase 6 in 2025. Very little is known. about two projects, but they say that the films are the completion of what has been called the “Saga of the Multiverse” with phases 4, 5 and 6. However, despite the hype among fans, many are wondering why it takes so long to wait between “Avengers: Finale” and “The Avengers: Kang Dynasty”, referring to the fact that in the past stages of the MCU, the Avengers films came out much closer to each other.

Related: Looks like Shang-Chi and Captain Marvel Could Play Big Roles in “Avengers 5”

In a recent interview with MTV News after the SDCC meeting from Marvel, Feigi defends the decision to release the fifth and sixth Avengers films many years after “Avengers: Finale.” Feigi explains that in the first three stages of the MCU, there were fewer projects spaced out over a longer period of time, and many films were smaller in scope and scale. It made more sense that every few years they could make a movie about the Avengers. However, now that there are so many new characters to introduce, and so many new MCU movies and shows released every year that are getting bigger, the Avengers movies are treated more like a saga. Check out Faiga’s full comment below:

“The truth is that when we were working on Stage 1, stage 2 and Stage 3, there were fewer projects in more years. These were small projects and stories of individual characters, and at that moment it seemed appropriate that every two or three years that were required for the phase, we shot a movie about the Avengers. As [Stages] 4, 5 and 6 came together, there were more projects in fewer years — because of all the amazing things we are now allowed to do on Disney+, and getting characters from Fox, Fantastic Four and Deadpool – that it gave the impression that after the “War Infinity” and “Finale” we thought that the Avengers films were not jokes. There are so many of our films right now—”The Multiverse of Madness” and what you’re going to see in “Ant-Man and the Wasp: Quantum Mania”—all these are big collaborative films representing large parts of mythology… a capper to the saga.”

According to Feiga, many recent MCU films, including Spider-Man: No Way Home and Doctor Stranger in the Multiverse of Madness, are designed to present extensive ideas and concepts that are crucial in the setting of Phase 5 and 6. The idea of the multiverse is clearly central to the comprehensive story being told in the next stages, and the rules of the story world must be set before the new Avengers team gets together. Not only that, but recent MCU films have also been more about team action than most films in earlier stages, meaning they still often resemble Avengers mini-adventures.

While many viewers may not be thrilled at the prospect of waiting almost 6 years between the Avengers films, it’s clear that Feiga and the rest of the Marvel team have big plans for the rest of the Multiverse Saga. Overall, the KVM Phase 4 disappointed some fans, but Faiga’s comments really confirm that all the stories being told lead to two main Avengers films. However, despite Faiga’s claims, it remains to be seen whether “Avengers: Kang Dynasty” and “Avengers: Secret Wars” will be worth the long wait.