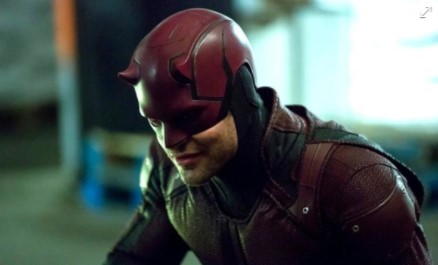 In 2015, Netflix presented to Marvel Comics fans the series that is considered one of the best adaptations that have been made to this universe in the television format: “Daredevil.” Charlie Cox would take the role of Matt Murdock, a blind lawyer who, due to his ability to use sound as a kind of radar, at night takes the role of a violent vigilante who dispenses justice by his own hand.

Cox played the character for three seasons, in addition to appearing in the spin-off series “The Defenders,” belonging to a line of series that were originally presented as part of the MCU, although his narrative lines never connected with the franchise. filmic.

With the emergence of Disney + and Marvel’s plan to generate content for that platform, “Daredevil” would be canceled along with his companions (Jessica Jones, Luke Cage, Iron Fist), this despite its surprising reviews and favorable reception from the public. , who were waiting to see Bullseye as the main villain in season four.

In the last couple of years, Charlie Cox fans have made angry requests for his integration into the MCU in his role as Matt Murdock, which apparently have paid off, according to new statements from Marvel Studios president Kevin Feige in a recent chat he had with Cinemablend.

Rumors have recently begun to emerge about the possible appearance of Matt Murdock in “Spider-man: No Way Home”, acting as defense attorney for Peter Parker in the face of accusations for Mysterio’s death. Another starting point could be the series of “She-Hulk” to be presented as a colleague of its protagonist Jennifer Walters, who is a lawyer.

Currently, Disney + is broadcasting “Hawkeye”, its most recent MCU series, which has raised suspicions about the possible introduction of Winston Fisk / Daredevil, a character to which actor Vincent D’Onofrio has expressed his desire to reprise him. after his participation in the Netflix series.