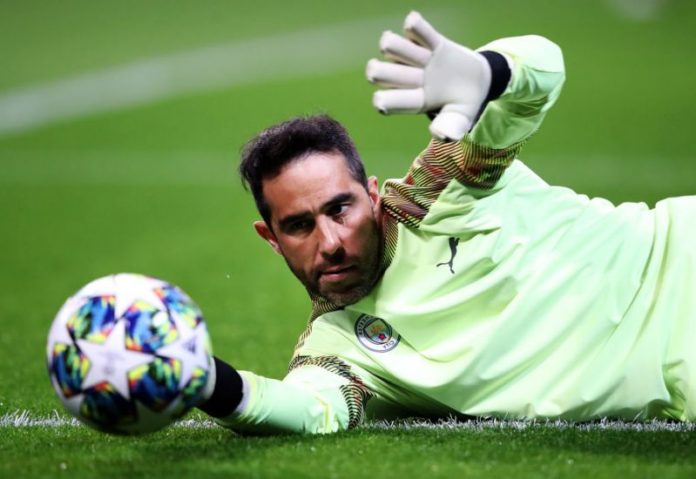 This day, Liverpool faces Manchester City in the framework of the twelfth day of the Premier League that will have Claudio Bravo as the protagonist. The Chilean goalkeeper will integrate the title team of the “Citizen” cast, after the injury suffered mid-week by the Brazilian Ederson in the duel against Atalanta by the Champions League.

Although, the formed in Colo Colo does not come from his best presentation, since he was expelled in the match against the Italians after a doubtful action, the coach Pep Guardiola gave him all the confidence to defend in the crossing that faces the first with the Second of the competition.

“(Ederson) can’t play on Sunday, I don’t know how long he will be out. Claudio Bravo can do well, he is an exceptional goalkeeper who won many international matches with Chile, ”said the coach.

“He is a top goalkeeper, you have to respect him. He won the Copa América and we won the League Cup and the Community Shield thanks to him.”

Something that the Belgian Kevin de Bruyne replied, who came out to support the once captain of La Roja. “I think he had a wonderful preseason. He played against Liverpool in the Community Shield and he did very well. He is an experienced archer, so I have all the confidence that he can do a good job,” he said in an interview with the BBC.

And regarding Ederson’s injury, he said that “it is obviously a blow because he is our first goalkeeper, but I also have confidence in Claudio, who is a magnificent goalkeeper.”

Both squads collide at 13:30 in Chile, at the Anfield stadium, where the Viluco-born team hopes to add three points to shorten its distance with the current European champion. And it is that the Reds are the exclusive leaders of the domestic contest, with 31 points.