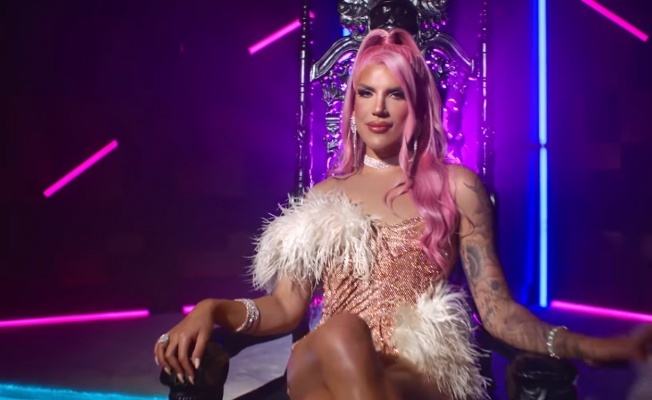 Social media phenomenon Kerimcan Durmaz released his new song ‘Peşimde’ yesterday. Durmaz sat on the agenda of social media with the lyrics and clip of his new song. It ranked first among the most watched.

Kerimcan Durmaz , one of the social media phenomena, was on the agenda with a clip he shot to his song “Peşimde”. Kerimcan Durmaz’s clip was released on YouTube at 13:00(GMT+3) yesterday. The clip was clicked 3 and a half million times in 24 hours, ranking first on the most watched list. Kerimcan Durmaz fascinated his fans with the drag queen image he portrayed in his video.

The rainbow color inside the cake seen in the Turkish phenomenon video clip is associated with LGBTI +. Even if it’s not about LGBTI +, this will be a pretty nice detail.

The number of views exceeding one million in less than a day may indicate that Turkish fans love their song very much. We think that some of the details in the video are a very good work in terms of raising LGBTI + awareness. Of course, these are just assumptions, no official statement has been made. We congratulate Kerimcan’s success. Although it is a Turkish song, we liked it very much.

Here’s the song we’re talking about: