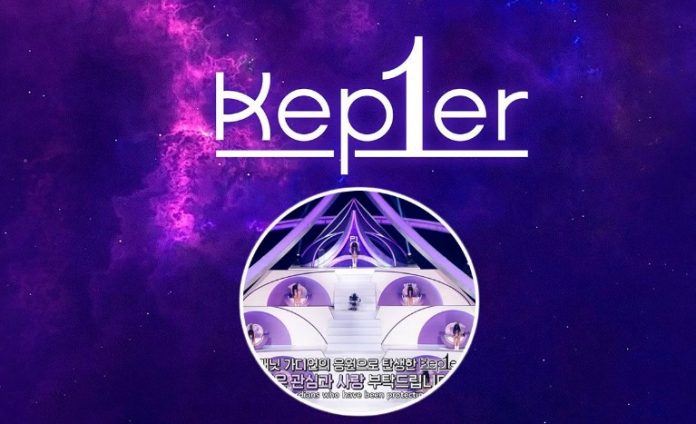 This is the girl group that debuts after surviving eliminations from the Mnet show. With an unexpected TOP9, and controversial for some, the girl band will be enlisting for their soon official entry into the world of K-pop.

Next, we tell you more information about the brand-new winners of Girls Planet 999 , their final ranking, and the curiosities that you should know about them.

She was a trainee for SM Entertainment and almost made it onto aespa’s debut line. Her position is that of a vocalist and she also knows how to play the guitar. Her first performance for GP 999 was with “Black mamba”.

She belongs to the PlayM agency, is the sister of Huening Kai from TXT and the former member of VIVA Lea. She made her first performance in GP 999 with “Mr. Chu ”from Apink. She entered TOP9 for the first time in the final episode.

She is a member of Cube Entertainment’s K-pop group CLC , fluent in the Japanese language, and her main skill is dancing. She made her first performance at GP 999 with HyunA’s “Bubble pop” and was consistent in the show’s TOP9.

Jellyfish Entertainment trainee. Her main skill is dance and she stood out for her leading skills on Girls Planet 999. Her first performance on the show was with K / DA’s “Pop stars”. She first entered the TOP9 in episode 8.

Trainee of Biscuit Entertainment, Youngeun names hip-hop and boygroup dancing as her specialty. She entered GP 999 with NCT127’s song “Kick it” and achieved her first TOP9 on episode 11.

Yeseo is a 143 Entertainment trainee and a former member of the group BUSTERS . It was the recurring center of several performances. The public saw her entry to GP 999 with the track “Crazy” by 4MINUTE.

Ezaki Hikaru is an AVEX trainee and was a member of a child duo called + GANG. Her skill is rap and she impressed upon entering the show with BLACKPINK’s “Boombayah”. She was consistent in the show’s TOP9 throughout the season, although her position dropped notably in the finale.

She was a JYP Entertainment trainee and trained with the ITZY members. Mashiro can encompass dance or vocal positions. Her entry to GP999 was with the song “DUMDi DUMDi” by (G) I-DLE. She was also one of the participants who stuck to TOP9.

Top Class Entertainment apprentice. She had participated in the Chinese reality show Chuang 2020 but was eliminated in position 80. Xiaoting entered GP 999 as the best bet in group C and performed “Rumor” by Produce 48. Her ranking is the most surprising, because despite having occupied the first places all season, she was on the verge of not making her debut in Kep1er.

Who were eliminated in the Girls Planet 999 finale?

They were left out of Kep1er by failing to rank in the top 9.

What is the name of Kep1er’s fandom?

Although there is still no official name for the followers of the new K-pop girl group, different proposals abound on social networks and here we present the most popular of them.

Vampyr Is Free On The Epic Games Store