Home Celebrity Kep1er delayed their debut plans, what happened to the group? 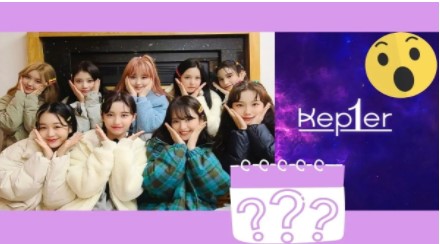 Kep1er will postpone their official debut as a K-Pop band due to a COVID 19 contagion among the staff who were close to them, so Wake One and Swing Entertainment released a statement regarding the girls’ schedule.

Since the winners of Girls Planet 999 were announced, Kep1er’s debut became one of the most anticipated for K-Pop fans, who were very much on the lookout for teasers for their first album FIRST IMPACT and the promo track WA. DA DA.

Fans of the new band will have to wait a bit longer as their official stage performance was postponed, agencies Wake One and Swing Entertainment revealed the reason.

Recently, both agencies that lead Kep1er’s career shared with the public that one of the staff members tested positive for COVID-19, the worrying thing is that she had direct contact with the members.

In the statement from Wake One and Swing Entertainment they assured that to avoid putting the health of the Kep1er girls, as well as that of the workers, they canceled their activities, later they will be rescheduled. The health tests have already been carried out and none of them have presented symptoms, they also did not test positive.

We inform you that our artist Kep1er will postpone his promotional plans.

In addition to the singers and rappers not being infected, there has been no other case of the disease among staff, but the agencies want to make sure that no one endangers their health, so they are isolated.

We communicate our apologies to the fans who were looking forward to Kep1er’s debut, as well as the staff.

WHEN IS THE RESCHEDULED DATE FOR KEP1ER’S DEBUT?

Kep1er’s debut was scheduled for December 14, and his presence was expected at the 2021 Mnet Asian Music Awards on December 11. In the statement of both entertainment companies, the rescheduled date for the premiere of the record material FIRST IMPACT and the MV of WA DA DA does not appear.

We will share another announcement in the future regarding his resumption of activities.

Plus belle la vie: Emma’s sister about to disembark!