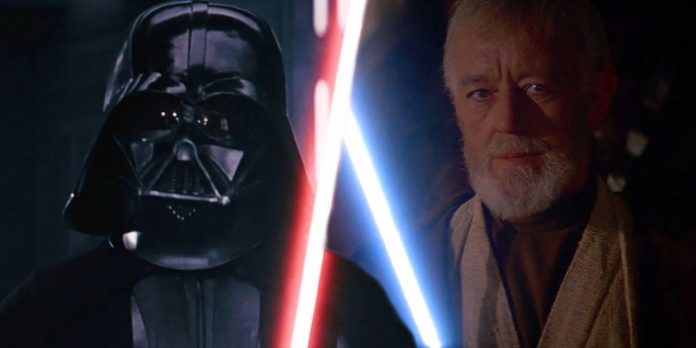 “A New Hope” was released in 1977, then called simply “Star Wars”, and it was the first film hinting at the relationship between Obi-Wan and Vader. Since then, the prequel trilogy, Star Wars: The Clone Wars, and now Obi-Wan Kenobi have significantly developed the relationship between the two iconic characters. In episode 5 of Obi-Wan Kenobi, their very first meeting in 1977’s Star Wars is completely reimagined.

Link: Why didn’t Darth Vader use his lightsaber in his duel with Reeva

The scene that does this is a flashback involving Anakin Skywalker and Obi-Wan Kenobi around the time of Star Wars: Episode II — Attack of the Clones. In the scene, Kenobi and Anakin are fighting with lightsabers. The flashback ends with Kenobi defeating Anakin, stating that the latter’s need for victory blinds him, which allows Kenobi to outsmart him. This scene not only gives context to Kenobi and his allies evading Vader at the end of Obi-Wan Kenobi episode 5, but also hints at the same thing in episode 6, but it completely reimagines the meeting of Vader and Obi-Wan in a New Way. The line in which Vader insists that he is Kenobi’s master has now been changed to show that Vader just thinks he is the master. The scene confirms this by showing that Vader is making all the same mistakes. He is blinded by his hatred of Kenobi and his need to defeat his old master, allowing Obi-Wan to sacrifice himself so that Luke and Leia escape on the Falcon.

At the same time, Luke and Leia become a much bigger problem for the Empire than old Kenobi. Since Luke and Leia, both appearing in Obi-Wan Kenobi, play an integral role in the destruction of both Death Stars and the end of the Empire’s rule, Vader’s short-sightedness in simply having to defeat Kenobi is almost the action that is fully responsible for many defeats after A New Hope.

This new context in some way reduces the differences between Anakin and Vader. Often Star Wars presents them as separate beings, and Vader has often stated throughout the saga that he destroyed Anakin. Obviously, given Vader’s redemption in Return of the Jedi, this is not the case. However, Vader making these mistakes only serves his redemption better by proving that he is still Anakin, a former Jedi, and not fully Vader, the Dark Lord of the Sith. All these reasons only show why Obi-Wan Kenobi is rethinking one of the most iconic scenes from the original “Star Wars” 45 years after its initial release.

Vampire the Masquerade: Bloodlines 2 will not air in 2021